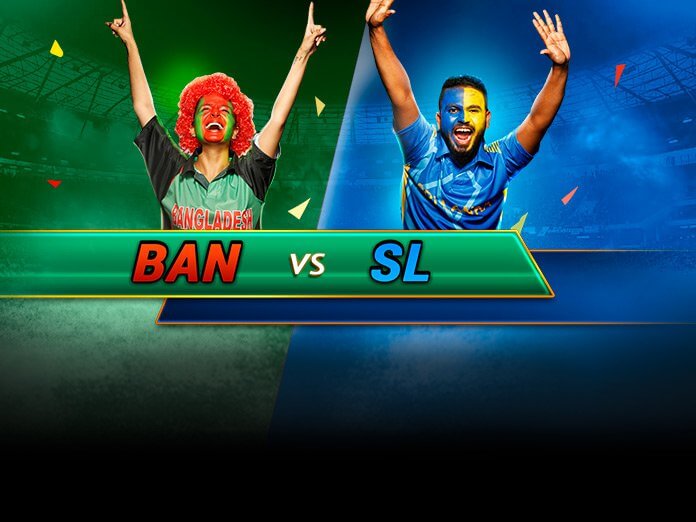 The pitch has been a nightmare for the bowlers in the series thus far, producing two 300-plus scores.

Thunderstorms and heavy showers are forecasted, with precipitation reading 80%.

Both teams have not tasted defeat yet, having comprehensively got the better of Nepal and UAE. However, whoever loses the match will play against the favourites India in the first semi-final – a challenge no team would want to face. The match prediction thus depends on the toss: the team batting first has not lost a match yet at the venue.

Fifties from Paranavithana, Wickramasinghe, and Dananjaya helped Sri Lanka post a massive target of 326 for 8 against UAE on Monday. On a track that had nothing for the bowlers, they made sure they keep rotating the strike and whack away the bad deliveries to the boundary line.

Apart from laying the foundation for the batting department, Paranavithana has also been effective with the ball. It was his four-wicket haul that put the brakes on UAE’s scoring.

For Bangladesh, captain Akbar Ali led from the front against Nepal, scoring an unbeaten 98 in a modest chase of 262. Before he took the crease, Mahmudul Hasan and Hridoy had showed great character, steadying the ship from 19 for 2 to 98 for 3.

In the bowling department, Tanzil Hasan Sakib has been the destroyer-in-chief for Bangladesh, taking 5 wickets in 2 matches. Meanwhile, Rakibul Hasan has been putting a lid on the runs in the middle overs with his slow left-arm orthodox.