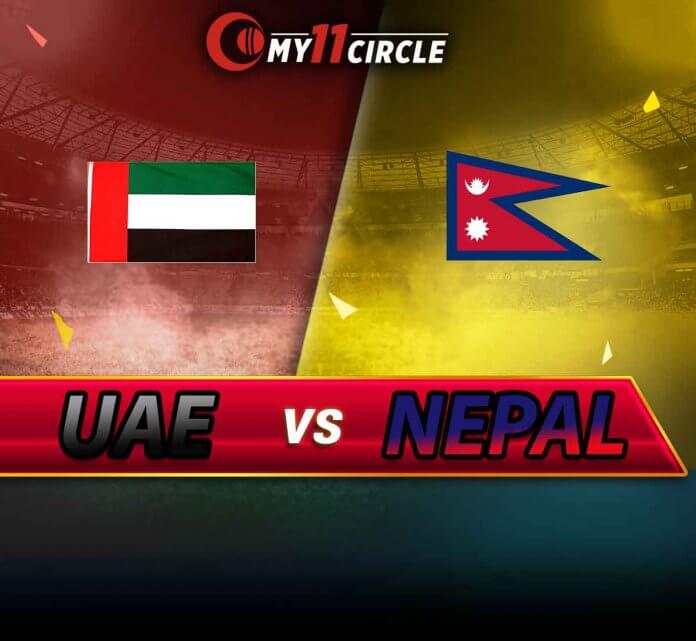 The pitch is a featherbed for batsmen, producing four half-centurions and one centurion in the previous match between Sri Lanka and UAE. Spinners, however, had some zip and turn as the pitch deteriorated.

Thunderstorms and heavy showers are forecasted, with precipitation reading 80%.

This is a dead rubber. Both teams have lost both their matches against Bangladesh and Sri Lanka, failing to qualify for the semi-finals. They have nothing but pride to play for. The match prediction thus become difficult to narrow down. UAE, however, have a slightly better bowling attack.

Ansh Tandon scored a spectacular century against Sri Lanka, but his herculean efforts went in vain. Wickets kept tumbling at the other end and UAE eventually fell short by 52 runs.

UAE’s consistent performer, however, has been Osama Hassan who has scored consecutive half-centuries at No. 6. They will get better results once they start performing as a cohesive unit.

In the bowling department, no one has been as effective as Rishabh Mukherjee. His off-spin has fetched him 5 wickets in 2 matches.

Nepal’s Rit Gautam got off to a good start in both matches but could not capitalise. The same has been the case with his opening partner Pawan Sarraf: he was their highest run-scorer against Bangladesh but lost his wicket at a crucial juncture.

The reason for Nepal’s disappointing tour has been their bowling performance, managing a mere 9 wickets in 2 matches. Kamal Singh and Rashid Khan have taken the bulk of the wickets (6).