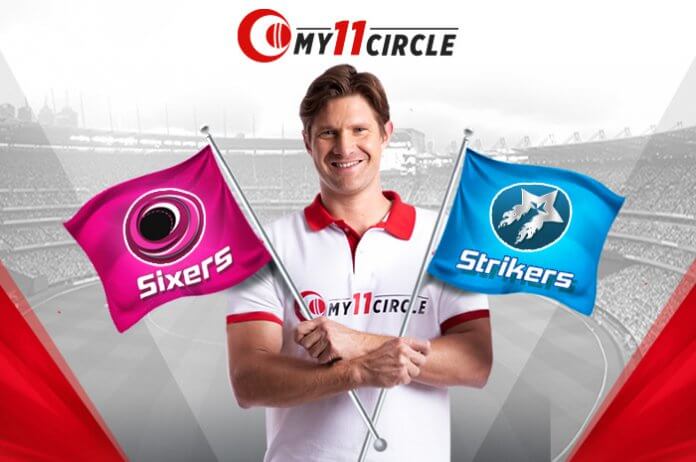 As has been the trend in the Australian T20 League, the pitch at the International Sports Stadium is likely to create an even contest between bat and ball. Power up your fantasy teams with as many all-rounders you can to stay ahead in the race.

The Strikers have a slight edge over the Sixers due to their experienced bowling attack. Otherwise the batting departments go neck and neck. The only way, however, to put the Strikers under pressure is by making them chase. Barring Alex Carey, Jakes Weatherald, and Jonathan Wells, no Strikers batsman has been able to provide impetus.

Ever since his 81*, Josh Philippe hasn’t been able to fire on all cylinders. He scored 33 in their previous game, but the innings involved only two boundaries. Sandwiched between these innings was his struggle to build on the start. He either goes full throttle or gives nothing to the fantasy players. In all, he has scored 173 runs with a strike rate of 120.

Tom Curran continues to be impressive with both bat and ball. He has sniped up 9 wickets and has a highest score 43* in 6 matches. This pitch is ideal to his style of bowling. Those wily off-cutters are likely to deceive the best of batters.

James Vince was awarded the Player of the Match for his composed knock of 41 in a tricky chase. He will be crucial to the Strikers’ success the entire season.

Daniel Hughes, the highest run-scorer for the Sixers in the previous season, has continued where he had left. He has accumulated 144 runs with an impressive strike rate of 131.

Many have found Benjamin Manenti‘s off-spinners difficult to put away. He has managed 6 wickets with an economy of 7.2.

Rashid Khan‘s Camel bat fetched him 40 off 18 including 4 fours and 3 sixes against the Thunder. Such has been his performance that Carey promotes him at No. 5.  With the ball, he has been as stunning as ever. His 7 wickets are the most for the Strikers. Meanwhile, Peter Siddle and Wes Agar have managed 5 wickets each.