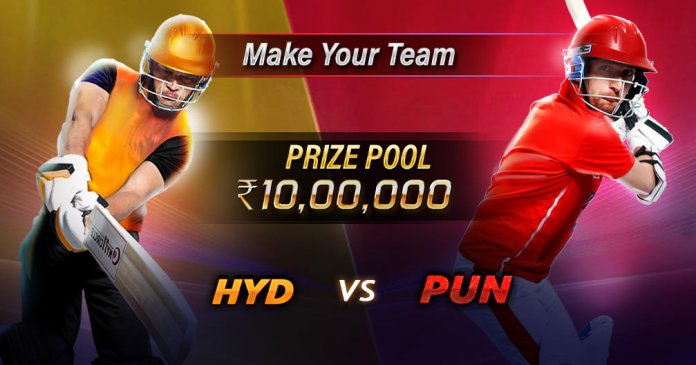 The average first and second innings scores, at Hyderabad this season, read 169 and 137 respectively. Mindless slogging does not reap rewards here. The batters have to pick their shots sensibly. Expect an even contest between batters and bowlers.

Note that you can, now, change your team after the toss. You can also check players’ performances in the last 5 matches. Tap on the players’ names to get the data while making your fantasy team. Get to know the fantasy cricket points system before starting.

Both teams have won 6 games in 11 matches, but Punjab’s negative net run rate has pushed them down at the sixth position. However, both teams have no option to win their remaining three matches in order to qualify for the playoffs.

Rahul and Agarwal’s fifties overshadowed Warner’s 70, in a chase of 151 runs, in the last game. Although Hyderabad suffered a six-wicket defeat, they bowled exceptionally well and stretched the contest to the last over. For his unbeaten knock under pressure, Rahul was awarded Man of the Match.

Warner has collected over 600 runs for the fourth consecutive time in the IPL. In all, he has amassed 611 runs at a stunning average of 67.8 this season, including a century and 7 fifties. He has been so spectacular that the second-highest run-scorer, Andre Russell, is 125 runs behind.

With Bairstow gone back home, the onus of opening has fallen on Williamson. Disturbed by his shoulder injury, Williamson has not been at his best, scoring a mere 41 runs in 5 matches. That said, they do not have to worry, for Pandey has found his lost mojo. His last two scores read 83* and 61. He will play a crucial role, especially when Warner and Williamson too return home next week to prepare for the 2019 World Cup.

For Punjab, Gayle and Rahul have done bulk of the scoring. Between them, they have blasted 885 runs, including a century and 8 fifties.

No player from Hyderabad features in the list of top 10 wicket-takers. With 11 wickets in as many matches, Rashid is at the 11th stop. By his standards, the numbers are ordinary. For Punjab, however, Shami and Ashwin appear in the list. With 14 wickets to his name, Shami is at the sixth position while Ashwin is two places lower with two wickets fewer.