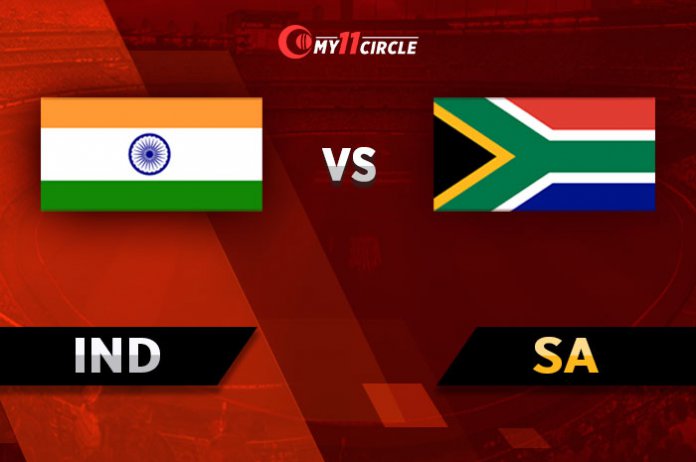 Targets were chased down successfully in five of seven matches in the 2019 IPL. At the international level, India chased down 207 and 161 against Sri Lanka and Australia respectively. If anything, the pitch is tailor-made for batsmen.

Of all the reports, the cricket fans — especially the fantasy players — want to know the weather forecast these days. Nothing to worry about for this match at least. The precipitation reads only 10% in Mohali on Wednesday. There are chances of match being reduced due to delays, but it will certainly not be abandoned. Keep your fingers crossed, though.

This is one of Virat Kohli’s favourite venues. This is where he helped India beat Australia in the semi-final of the 2016 World T20, scoring 82* off 51. “A game I can never forget. Special night. This man [MS Dhoni] made me run like in a fitness test,” Kohli tweeted last week with a picture of him celebrating the win at the venue.

Whether KL Rahul will play or not, is a question only time can tell. However, India would not mind squeezing him in the playing XI: he scored four half-centuries in seven matches in the 2019 IPL.

David Miller too will feel at home. He has been playing for Kings XI Punjab since 2012, and more importantly, his only IPL hundred came at the venue.

Kagiso Rabada would love to bowl on this bouncy wicket. He anyway had a stunning IPL, having sniped up 25 wickets in 12 matches.

The last time Deepak Chahar played a T20I, his figures read 3 for 4. To make matters interesting, he bowled only 3 overs. Perhaps Virat Kohli wanted others bowlers to take wickets as well. Two matches before, Navdeep Saini had taken a three-wicket haul, giving away a mere 17 runs. There’s a reason India could afford to rest Bhuvneshwar Kumar and Jasprit Bumrah.

Reeza Hendricks was on a roll in the recently concluded South Africa A’s tour of India. He collected 239 runs in 5 ODIs including a century and two fifties. He will be itching to continue his red-hot form.

India have won 8 of 13 T20Is against South Africa — 2 of which came in the three-match bilateral series in South Africa.

To put things into perspective, India have a stronger batting line-up and South Africa boast of an experienced bowling unit.