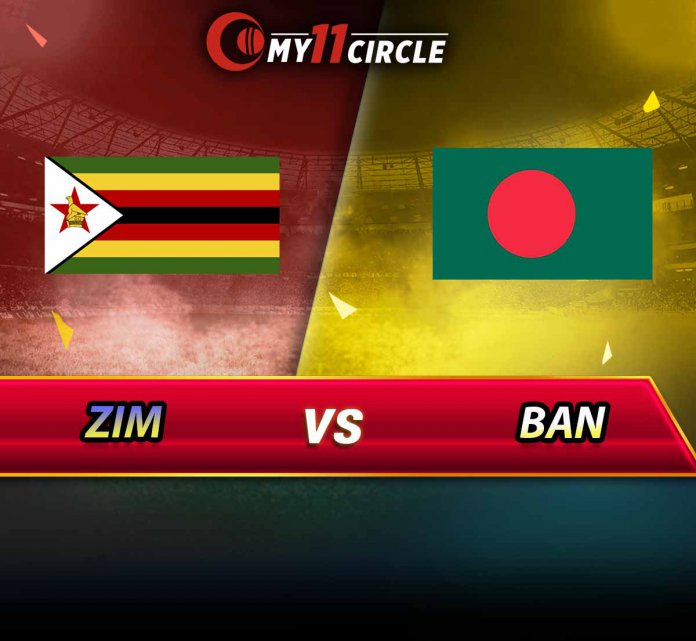 In 17 T20Is, teams have managed to chase down a target successfully only 7 times at Chattogram. The pitch deteriorates as the match progresses, making it difficult for the batsmen to hit big shots. Pick most batsmen from the team batting first.

Heavy rainfall is expected a day before the match, dampening the outfield and also forcing the players to train indoors. On the match day, however, the precipitation is forecasted to shoot down to 20%, reducing the number of interruptions.

In order to boost their top-order, Bangladesh are likely to play Mohammad Naim at the expense of Liton Das or Soumya Sarkar.

After conceding 49 in 4 overs, Shakib Al Hasan made amends in the second match. He got rid of Hazratullah Zazai and Najibullah Zadran, two of the most dangerous Afghanistani batsmen, and conceded a mere 18 runs. He, however, has not looked the same batsman as he was in the World Cup. Perhaps the shortest format does not give him enough time to get his eye in.

Mohammad Saifuddin continues to be Bangladesh’s best pacer, even eclipsing Mustafizur Rahman. He is the highest wicket-taker of the tournament, collecting 5 scalps in 2 matches.

For Zimbabwe, Tendai Chatara has taken the bulk of the wickets (4).

Ryan Burl and Afif Hossain scored fifties at crucial junctures in the previous T20I between these teams. The team management might as well promote them to the middle-order.

Zimbabwe had reduced Bangladesh to 60 for 6 in a pursuit of 148 runs.  The game was theirs to win until Afif Hossain fought tooth and nail and changed the course of the match.

Both teams, however, have lost a match each against Afghanistan. Neither Bangladesh nor Zimbabwe look confident, but the home team have variety in their bowling. Bangladesh manage to stage a comeback even if one of their mainstay bowlers has a bad day.