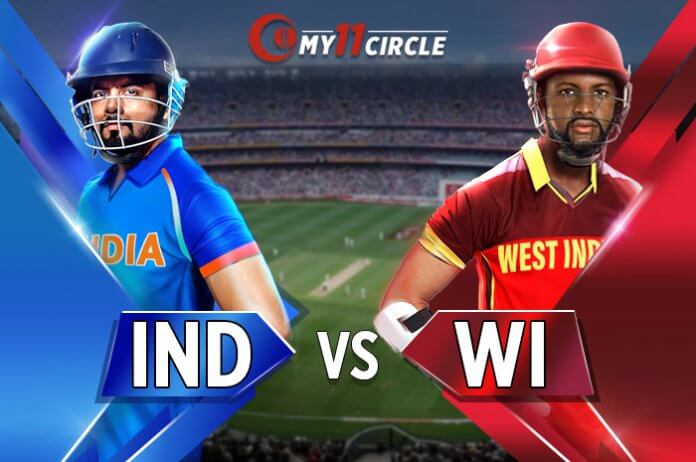 In 7 matches, a targeted has been defended only twice. The pitch remains the same throughout 100 overs: it’s a belter for batsmen.

In 2019, West Indies levelled India’s massive score of 321 here. Power up your fantasy teams with batsmen and all-rounders.

India are yet to get rid of the butter on their fingers. Deepak Chahar finally gave India the breakthrough, but Shreyas Iyer failed to position himself under the ball. Shimron Hetmyer went on to score a century that took West Indies over the line with ease and comfort. A team that was considered one of the best on the field have been dropping dollies of late.

Virat Kohli was surprised by West Indies’ decision to bowl first at the toss. India thought the pitch might get slower as the match progresses. Nothing of that sort happened. West Indies took early wickets and then chased down the target without taking much risk.

West Indies now have won all four ODIs under the leadership of Keiron Pollard. The way they played at Chennai was commendable – they had a game plan for every Indian batsman and bowler.

India, on the other hand, have been struggling to take wickets. They aren’t willing to play both wrist-spinners together, and the finger-spin of Ravindra Jadeja hasn’t been providing any impetus. With the series on the line, India will have to pull up their socks. This West Indian team doesn’t feel threatened anymore.

In the ODI at Visakhapatnam last year, Virat Kohli and Shai Hope scored centuries, and Shimron Hetmyer smashed 94 off 64.

Shimron Hetmyer has scored 459 runs at 51 including 2 centuries against India. He seems to have overcome his weakness of playing against wrist-spin.

With the hundred in the last match, Shai Hope jumped to the third spot in the list of most ODI runs in 2019. He is only behind Virat Kohli and Rohit Sharma.

Shreyas Iyer‘s scores against West Indies read 71, 65, and 70. A hundred seems to be on the cards.

Rishabh Pant has made it clear that he will play according to the situation. He won’t go bonkers right from the first ball, unless his team wants him to. He took as many as 69 deliveries for his 71-run knock on Sunday. His innings was laced with both temperament and aggression.

Mohammad Shami is now the joint-highest wicket-taker in ODIs in 2019. His 38 dismissals have come at a strike rate of 25.2. For West Indies, Sheldon Cottrell‘s 28 wickets are the most.