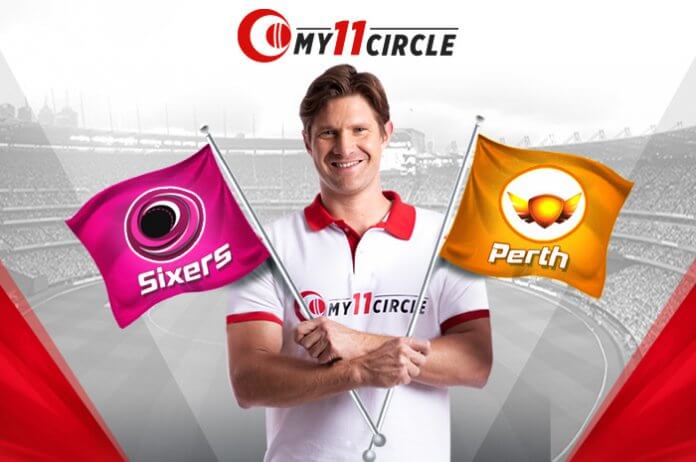 The Sydney Cricket Ground has a reputation of producing high-scoring thrillers. To make matters more interesting, the Australian summer seems to have dried up all the pitches. Expect runs to come thick and fast.

Perth is the most successful team in the Australian T20 League, winning three titles and finishing up runners up twice. They are also the only team to win two consecutive titles in the tournament’s history.

However, the Perth had a terrible time in the previous season. They won a mere 4 of 14 matches, eventually ending up last in the points table. Under the captaincy of Mitchell Marsh, they will look to bounce back stronger this year.

On the other hand, the defending champions Sixers are the only team to have won the Champions League T20. They have been one of the most competitive teams in the tournament, boasting of top-notch players. They, nonetheless, could have won two more titles, but were outplayed by Scorchers in the finals on both occasions.

In the previous season, the scoreline read 1-1 between these teams.

James Vince is back to the Sixers family. He has been in terrific form this year. He was Hampshire’s top run-scorer in the T20 Blast, smashing 407 runs with a strike rate of 132.1.

In the absence of Steve Smith last year, it was Daniel Hughes who did the bulk of the scoring. He smashed 399 runs including 4 fifties.

The Sixers’ strength, however, is their bowling. Three of the top five wicket-takers in the previous season belonged to the Sixers. Sean Abbott, Stephen O’Keefe, and Tom Curran took as many as 63 wickets between them. O’Keefe, especially, strangled the batsmen with his variation in pace, maintaining an impressive economy of 6.5.

The Perth have a solid middle-order comprising of Cameron Bancroft, Ashton Turner and the captain, Mitchell Marsh, himself.

Turner blasted 378 runs, the most for the Perth, with a stunning strike rate of 132.6. Meanwhile, Bancroft steadied the ship, making sure the scoreboard keeps ticking.

The onus of sniping up wickets will be on Matthew Kelly and Jhye Richardson. The duo took 18 wickets in 12 matches between them in the last season.

In the spin department, the Perth have the ever-improving Ashton Agar. He was spectacular in the T20Is against Sri Lanka and Pakistan, deceiving the batsmen with tight lines and lengths. More importantly, he managed to maintain an economy of under 6 RPO – a trait that is considered super heroic in the shortest format of the game.