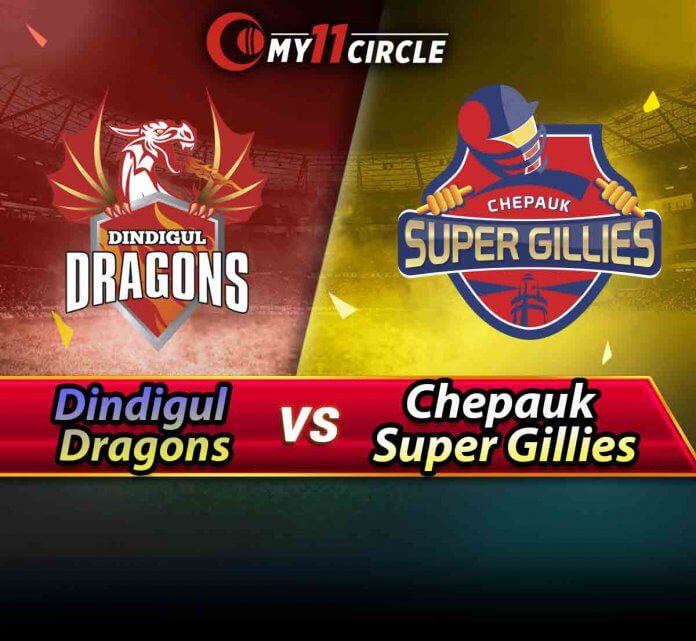 Rain will play spoilsport in the opening contest of the 2019 Tamil Nadu Premier League. The match can be reduced to at most 5 overs per side.

Vijay Shankar is yet to recover from the injury he incurred during the 2019 World Cup. Gopinath will call the shots if Shankar is rested.

Dindigul Dragons defeated Madurai Panthers in the final and won the title, while Chepauk Super Gillies could manage a mere win in 7 matches and thus ended at the bottom of the table.

When both teams squared off at the very venue, Dindigul shot down Chepauk for 120 and later chased the paltry total in 13.3 overs. N Jagadeesan remained unbeaten on 63 off 43.