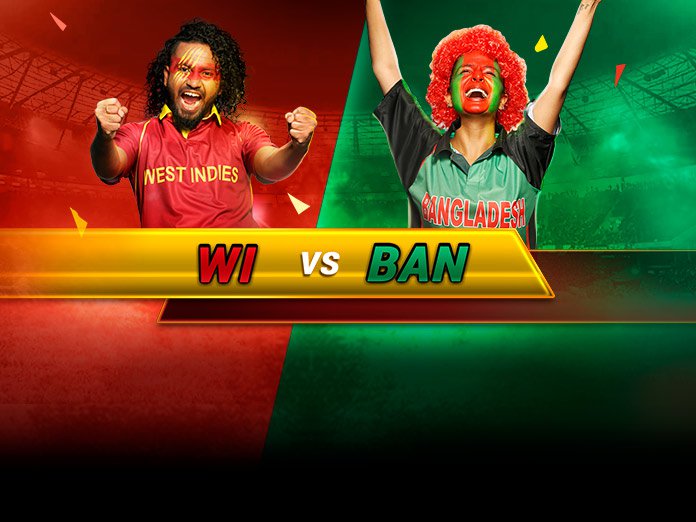 Before the Sylhet win, Windies had faced defeat in five consecutive T20Is – three against India and two against Bangladesh. The shortest format has been their respite amidst poor performances in ODIs and Tests since the last few years. However, it has not been the case in 2018: they emerged triumphant in only 4 of 13 T20Is. They lost to Pakistan and India 3-0, and New Zealand 1-0 (with one match ending in no result) in away matches. At home, Bangladesh beat them 1-2. However, their most dominating win came against the World XI at Lord’s. Windies sealed the win by 72 runs in the one-off Hurricane Relief T20 Challenge.

Windies are now 1-0 up against Bangladesh. No doubt they are in an advantageous position, but same was the case when Bangladesh visited them 4 months ago. Windies conceded win in the last 2 matches. Whether or not will they turn the table, is a question only time can tell. Let’s review the second T20I of the three-match series that will be played at Dhaka.

In the first T20I, Saifuddin, Hider, and Mustafizur bowled an over each and conceded 33 runs. On a track that saw Sheldon Cottrell rock the Bangladesh batters with bounce, the Bangladesh pace trio looked toothless. Given Mustafizur’s experience and his skills in executing off-cutters, he is likely to keep his place, while Hossain may replace either Saifuddin or Hider in this must-win contest.

There’s no reason for the Windies to change their winning combination, unless a player sustains an injury. They were exceptional in all departments.

Windies have three wicketkeepers – Hope, Pooran, and Denesh Ramdin – in their armoury. Given Hope has been keeping wickets in Tests and ODIs, Ramdin was benched and Pooran was asked to field in the first T20I. Hope, however, reaped the rewards, scoring the third fastest fifty in the format.

Making a comeback, Lewis went all guns blazing, smacking a six and a four. Let us not disregard the fact that he has 2 hundreds in the format.

Hetmyer and Bravo did not get to bat, as the top four batters accumulated the target in a mere 10.2 overs. Given the Dhaka track assists spinners, these two will come handy tackling the slow bowlers.

Except Shakib, no Bangladesh batsman could find his feet. So ordinary was their performance that 8 off 11 batsmen scored in single digits. That said, Tamim still plays a crucial role for the home team. His scores of 50 and 81* in the ODI series speak volumes of his form. Let’s add Sarkar to the mix.

Shakib is always the first choice. He scored 61 off Bangladesh’s 129 runs at Sylhet. Although he could not grab a wicket, the Dhaka track should help him spin a web around the Windies batsmen.

Allen was effective with the ball, taking 1 for 19. His slow left-arm orthodox will be even more menacing in the second T20I.

We have only three bowlers to choose from both squads. The first choice, of course, will be Cottrell who took a four-for.

Paul was surprisingly promoted to No. 4. The plan worked wonders for them, as Paul hit 28 runs off 14, including a four and three sixes. He also took 2 wickets to wrap up the Bangladeshi tail.

Enough of the West Indians in my 11. I have exhausted the 7-player-from-one-team limit.

Mustafizur will be my third bowler. He hasn’t found his mojo yet, but when he does, he takes wickets in heaps.