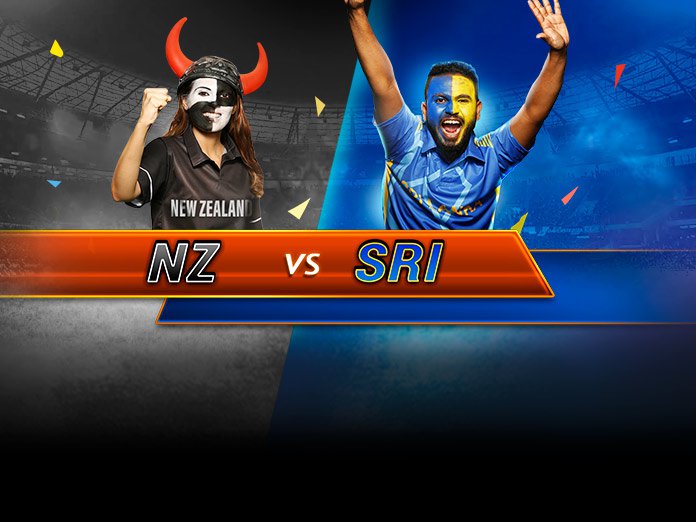 Who would have thought that, after New Zealand buried Sri Lanka under a first-innings lead of 296 runs, the match will end in a draw? Sri Lanka were already 13 for 3 at the end of day 3, needing another 283 runs to avoid innings defeat. One of the fallen wickets was that of Dimuth Karunaratne, the cynosure of Sri Lanka’s batting.

Sri Lanka’s fate was in the hands of Kusal Mendis, who has not quite yet translated his talent into remarkable performances and Angelo Mathew, who has been perennially rescuing his team from trouble.

What followed on day 4 was spectacular, something Kane Williamson said he hasn’t witnessed in games he has been a part of. Playing in alien condition, Sri Lanka ended the day’s play without losing a wicket. Mendis and Mathews scored centuries and reduced the New Zealand bowling to mediocrity. Such was Sri Lanka’s will to elude failure that the rain came to their rescue on the final day.

The same can be expected in the second Test at Hagley Oval, Christchurch.

In their previous Test at this venue, Sri Lanka scored 407 after being forced to follow on. Karunaratne’s 152 came as a sigh of relief, but his team could not escape defeat. It is thus safe to say that it is thematic that Sri Lanka bounce back despite getting shot down in the first innings.

In the thick of things

Angelo Mathews will complete a decade next year in Test cricket. He has accumulated 5,499 runs at 44 in 79 Tests. These numbers are incredible for someone who has been sandwiched between captaining his side, nursing his injuries, and playing an all-rounder’s role. He proved his mettle yet again in the first Test. Before thatheroic knock in the second innings, Mathew had scored 83 on the opening day, tackling a rampant Tim Southee who finished with a 6-for.

Latham’s 294 is the highest score by a player who carried his bat. Hearts were broken when Lahiru Kumara removed No. 11 Trent Boult and left Latham short of 6 runs from his maiden triple-century.

Based on the recent forms and conditions at Christchurch, I have picked five batters, four bowlers, one all-rounder, and a wicketkeeper in Watling ahead of Niroshan Dickwella.

Had it not been for Dickwella’s unbeaten knock of 80 in the first innings, Sri Lanka would not have lasted longer. They were 167 for 5 when he came to the crease. Knowing that he has to bat with the tail, he unleashed his destructive self and pushed the score to 282 all-out.

You may ask why Watling ahead of the in-form Dickwella. In all likelihood, New Zealand may prepare a greener wicket. They are now aware of Sri Lanka’s batting heroics, and will dish out a pitch that will assist their pacers. This is where Watling’s traits of batting in tough conditions will come handy. Sri Lanka too have quicks who can be as lethal as New Zealand’s pace trio. No doubt that Dickwella can battle on such tracks, but let us not disregard the fact that Watling will be batting in his home conditions.

Williamson is always an obvious choice for captain in fantasy teams. When others fail, Williamson rises, for seldom does he put a wrong foot forward.

Mathews will be our vice-captain. He scored a hundred in the warm-up match, followed by 83 and 120* in the first Test.

Karunaratne’s record at Christchurch and Latham’s form have forced us to add them in our team. However, the fifth batsman may come as a surprise, as we have only 8.5 credits remaining in our kitty. The available options are Jeet Raval and Kusal Mendis. As is the norm we followed for selecting a wicketkeeper, let us draft in Raval. His positive brand of cricket and knowledge of the home conditions put him ahead in the race.

The spinners won’t be in the thick of things unless there are cracks on the track. This rules out Dilruwan Perera, making way for the medium pacer Grandhomme.

We have drafted in two pacers each from both sides to maintain a balance.

Boult’s 2 wickets in the previous contest do not justify his talent, but we know what happens when he is on song. Bowling in tandem with him will be Southee who took as many as 8 wickets.

Lakmal and Kumara will be our best bets from the touring side.