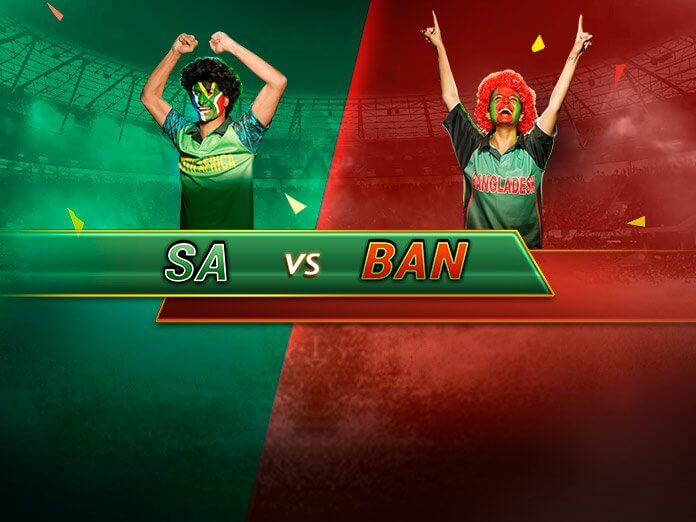 It is the same pitch on which South Africa faced an embarrassing 104-run defeat at the hands of England in the tournament opener. The only threatening bowler on this rather batsman-friendly pitch was Jofra Archer, who bounced out the South Africans with his mighty pace. For that matter, Bangladesh do not have the luxury. They will instead focus on bowling right lines and lengths, not letting South Africa off the hook. If they don’t, runs will come thick and fast.

The conditions will be overcast, but rain is unlikely to put a damper on your Sunday plans. Choose your fantasy cricket team wisely.

South Africa’s loss against England has pushed them in further trouble. Their third game is against India, the second-best favourites to lift the World Cup, and thus they have no option but to triumph against Bangladesh, a team they had lost to in the 2007 edition.

Bangladesh have perennially been ever-improving but could never manage to reach the semi-final, let alone laying hands on the trophy. They beat India in the 2007 edition and threw them out of the league stage. They beat England in the 2015 edition and quashed their dreams. They do cause upset to big teams, but their reputation does not travel beyond that.

A lot will be at stake when South Africa and Bangladesh lock horns on Sunday.

What exactly went wrong for South Africa on Thursday? Amla got hit on the helmet and decided to take some rest in the dressing room. In came Markram and hit a few delightful boundaries, but he could not continue the momentum. South Africa needed Amla’s class and experience at that stage. Had de Kock and Amla put up a decent partnership, South Africa would have at least reached closer to the target. Instead, they lost two wickets, including that du Plessis, within 10 overs. De Kock and van der Dussen tried to resurrect the innings, but the English bowlers were too good for them.

As a matter of fact, South Africa bowled well, that they restricted a rampaging English batting unit below 350. England did keep ticking the scorecard, but South Africa kept taking wickets at regular intervals. Rabada, Ngidi, and Tahir took 7 wickets between them on a flat track. The trio will be expected to do the same against Bangladesh.

Bangladesh are brimming with confidence. They emerged victorious in the tri-series involving Ireland and Bangladesh. The likes of Tamim, Sarkar, Mushfiqur, and Shakib were among runs. Meanwhile, Mortaza and Mustafizur took 6 wickets each in 3 matches. If they play well as a cohesive unit, South Africa will continue having a torrid time this English summer. If they don’t, South Africa will feed on them the way West Indies hunted down Pakistan on Friday.