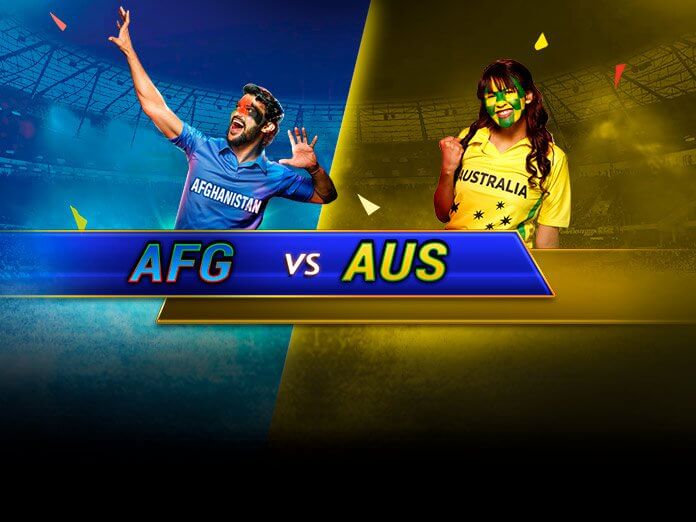 It is going to be partly cloudy in Bristol on Saturday, but rain is unlikely to play spoilsport. That said, we witnessed how the ball behaved when dark clouds loomed over during the contest between West Indies and Pakistan. There was late movement, making it difficult for the batsmen judge the swing. For that matter, Australia and Afghanistan will be hoping for the sun to pierce through the clouds and keep the conditions dry. Read the full stats before choosing your fantasy cricket team.

The average first and second innings scores here read 244 and 216 respectively. The highest total registered is 373 for 5 by England Women against South Africa Women, while the highest chased is 359 for 4 by England against Pakistan.

Afghanistan have locked horns with Australia only once in a World Cup, and it was not memorable by any means. They chose to bowl first and paid for it heavily. Warner went all guns blazing and scored 178 off 133. Smith (95 off 98) and (88 off 39) added more fuel to the fire and took the score to 417 for 6. In reply, Afghanistan managed a mere 142 all out.

That, however, was four years ago. Afghanistan are a better, far better team. They are not an associate nation anymore. They are not underdogs anymore.

Rashid Khan, who made his debut after the previous World Cup, is at the third position in ICC ODI Rankings for bowlers and is one of the only two bowlers to have taken four wickets in four balls in international cricket. Mujeeb Ur Rahman, 18, is at the third spot. Come to think of it, Australia have only one bowler (Pat Cummins) in the top 10 compared to Afghanistan’s two.

We are not done glorifying Rashid yet. He is the second-best all-rounder in the format, and following him at the third position is Nabi. To make matters worse for Australia, none of their players appear in the top 10.

The return of Warner and Smith has strengthened Australia’s batting. Warner was the highest run-scorer in the recently concluded IPL, while Smith laced a scintillating hundred against England in a warm-up game, looking hungrier than ever. We know these players’ appetite for runs. On their day, they can smother any given bowling attack.

Afghanistan, to put things into perspective, follow an aggressive brand of cricket and know nothing other than attacking. The most belligerent of them is Shahzad: in 88 matches, he has blasted 2,720 runs with a strike rate of 88. Afghanistan have partnered him with Zazai, who only three months smashed 162* in a T20I.

To stop them, Australia have a pace due of Cummins and Starc. If there is any movement, the Afghan openers will find it difficult to get going.

You must have gotten the gist by now. The battle is between Australia’s batsmen and Afghanistan’s bowlers. Also get to know the tips & tricks on how to play fantasy cricket.