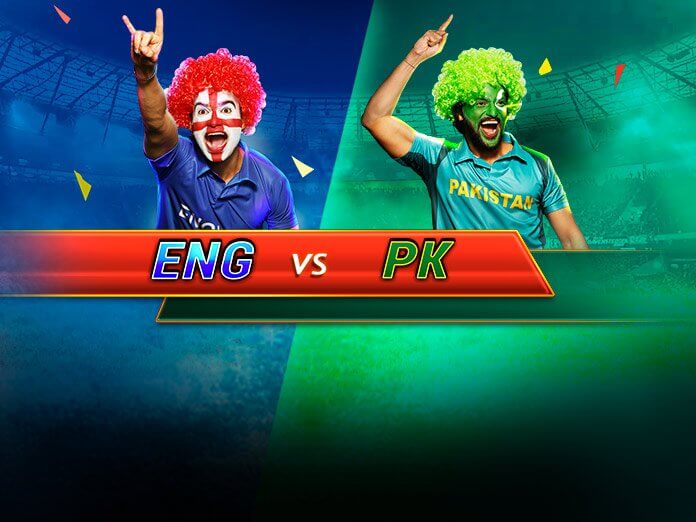 We saw a flurry of wickets at Trent Bridge, on Friday, when Pakistan squared off with West Indies. Jason Holder and his pacers bounced out the Pakistanis with sheer pace and swing, bundling them out for a mere 105. Choose your fantasy cricket team wisely.

The pitch was so green that it wasn’t distinguishable from the outfield. Expect nothing different on Monday. The batsmen will dance to fast bowlers’ tune.

The weather will be cloudy throughout the day, and although it was raining on the match eve, it won’t play spoilsport on the match day.

The ODI series between England and Pakistan concluded only a fortnight ago. The first match ended in no result due to rain, but what followed was spectacular. No, Pakistan did not win a single game, but 7 of 8 innings produced scores in excess of 300. The other score read 297. The batsmen from both teams were going all guns blazing on the flat English tracks. That said, as we discussed in the pitch report, the scorecard may read different this time. The pacers, who were taken to cleaners then, will hog the limelight. The stage is all set for them.

The only positive that Pakistan could draw from their embarrassing defeat against West Indies was Amir’s three-for. He reminded everyone that he is Pakistan’s best player in big matches. To make things interesting, he was ill during the ODI series last month, that England did not get to face him. He will itching to showcase his skills.

England, on the other hand, do not bother. Their mantra has been to see the ball and hit it as hard as they can, irrespective of the reputation of the opposition. Roy, Root, Morgan, and Stokes got fifties in the tournament opener. The only two to miss out were Bairstow and Buttler, who will give their all to make amends and help England notch up another win.

For Pakistan, 7 of their 11 players scored in single digits. They were outdone by the outrageous swing. It will be too early to make any changes in the playing XI, but they need the stability and tenacity of the veteran Shoaib Malik. But the question remains: at whose expense will he play?

Toss is going to be crucial. There is no iota of doubt that the captains will want to bowl first and use the swing to their advantage. If anything, Pakistan will be praying that their captain Sarfraz Ahmed calls it right at the toss. Facing Jofra Archer with the new ball can be devastating. He was awarded Player of the Match for his three-wicket haul against South Africa.