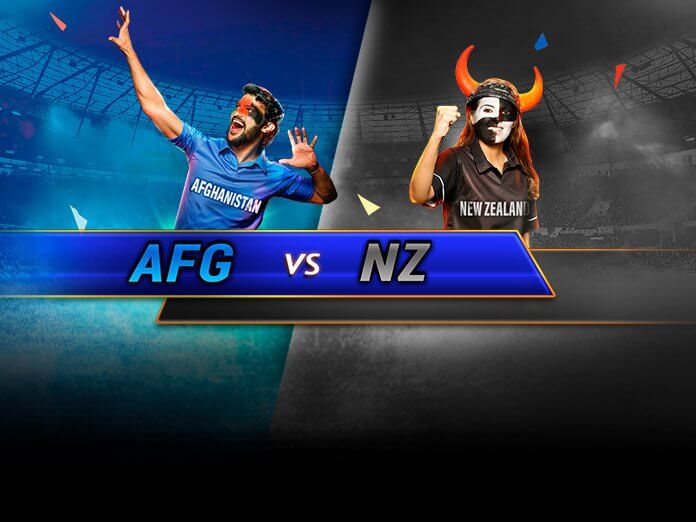 Rashid Khan was only a year old when the previous ODI at The Cooper Associates County Ground was played. It is that match in which Sourav Ganguly scripted his best innings ever, hammering the Sri Lankan bowlers to pulp. It was in the year 1999.

The only international game played after that was in 2017, a T20I between England and South Africa. The hosts fell tantalisingly short by 3 runs in a massive chase of 175.

If anything, it is a belter of a track – at least the average scores suggest so. However, the conditions will be cloudy. If there is a tinge of green on the wicket, there will be lateral movement for the pacers.

Mohammad Shahzad has been ruled out of the World Cup 2019 due to a knee injury he picked up during the warm-up games. Afghanistan have named Ikram Ali Khan as his replacement. So pick you fantasy cricket team wisely.

New Zealand’s narrow escape against Bangladesh have mounted pressure on them, and they have only themselves to blame. They needed 245 runs to win and were expected to seal the deal comprehensively. After Martin Guptill and Colin Munro added 49 runs between them, the veterans Kane Williamson and Ross Taylor stitched a partnership of 105 runs. Taylor was cruising towards a hundred, with the captain playing a second fiddle at the other end. As fate would have it, New Zealand made mockery of the chase. From 160 for 2, they slumped down to 218 for 7. Taylor never reached his hundred and Williamson played the worst shot of his life. Fortunately for them, their lower order kept the scorecard ticking and New Zealand won the game by 2 wickets. If anything, given their shot selection, they never deserved to win – and they know it.

Their next opponent are Afghanistan, who beat Sri Lanka and Bangladesh in the 2018 Asian Cup and West Indies in the 2016 World T20. New Zealand are the clear favourites here, but Afghanistan will never let them off the hook, especially after having put up strong fights against Australia and Sri Lanka in the ongoing World Cup.

In all, both teams have met only once, that is, in the 2015 World Cup. Riding on Trent Boult’s three-wicket haul and Martin Guptill’s half-century, New Zealand registered an easy win.

Being the captain for Sunrisers Hyderabad, Kane Williamson knows Rashid Khan and Mohammad Nabi well. Martin Guptill too was a part of the team in this year’s edition. Given the fact that the Afghans are jovial by nature and New Zealanders are ever-friendly, these four must be good friends off the field. More importantly, they know one another’s game and will share the knowledge with their teammates.