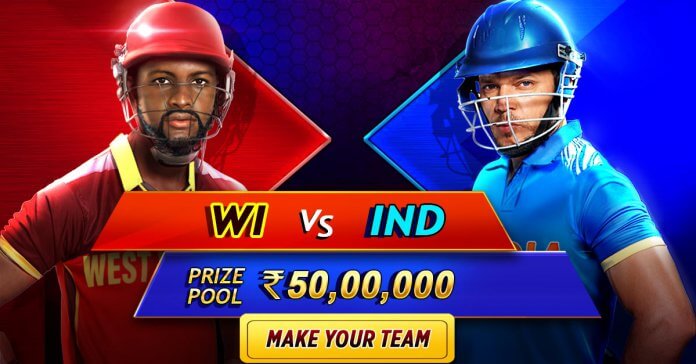 In the last Test here, Kemar Roach crushed England to the Antigua dust with his raw pace. So comprehensive was the victory that West Indies sealed the match with 10 wickets in hand. This happened only 6 months ago. Expect the curators to design a similar pitch, the one that will help the hosts bounce out India.

If at all the pitch favours the pacers, it may backfire for West Indies. India have the likes of Jasprit Bumrah, Mohammad Shami, Ishant Sharma, and Umesh Yadav in their armoury – the best India have had in a long time.

If the pitch favours the spinners, the duo of Ravichandran Ashwin and Ravindra Jadeja will trap West Indies in a maze.

If the pitch is flat, India – whose batsmen’s appetite for runs is never sated – will make sure West Indians’ legs give up on the field.

If anything, all odds are against West Indies. They will be up against the No. 1 team in the format.

If there’s any consolation that will boost their confidence, it is the fact that they beat England at home earlier this year. Otherwise, even their recent form does not favour them, for the last time they won a Test against India was in the year 2002.

Alzarri Joseph has not recovered yet from the shoulder injury he sustained during the 2019 IPL. Keemo Paul is likely to form a pace-bowling quartet with Kemar Roach, Shannon Gabriel, and Jason Holder.

India have a selection headache. Either Rohit Sharma or Hanuma Vihari will make the cut. Both scored half-centuries in the warm-up game. However, India may also play with a five-bowler attack. Ravichandran Ashwin is more than handy with the bat, having scored 4 hundreds and 11 fifties in the format.

The stadium is named after Sir Vivian Richards, and the highest score at the venue belongs to his favourite cricketer: Virat Kohli. The Indian captain scored a magnificent double-century in 2016 here. Ravichandran Ashwin then pushed West Indies into further trouble, registering his second century against West Indies. The run-fest fetched India a victory by an innings and 92 runs. For the stellar hundred and a seven-wicket haul, Ashwin was adjudged Player of the Match.

Of the 184 wickets Kemar Roach has taken, 124 have come in Caribbean. He is a different bowler at home. He knows what lengths to hit, and with the pace he is armed with, the batsmen are often caught in two minds. Against England, Roach ended up taking 18 wickets at a stunning average of 13.88. His bowling partner is no less: Shannon Gabriel took the most wickets for West Indies in 2018, claiming 37 wickets in a mere 8 matches. Add Jason Holder to the mix: he has taken 40 wickets in 8 matches since 2018.