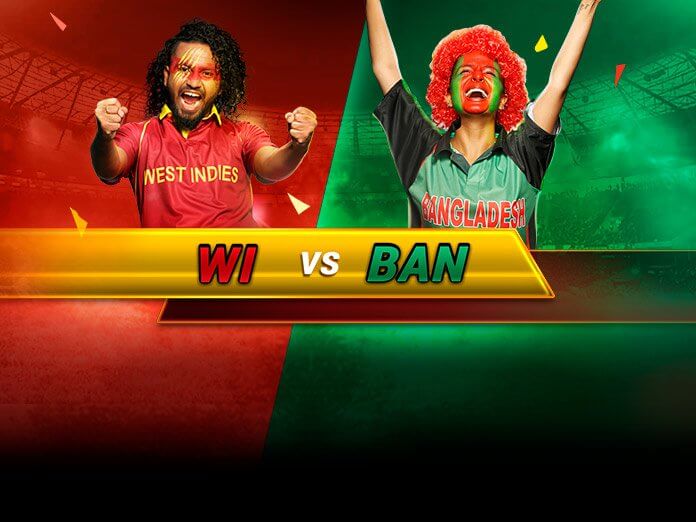 It is going to be partly cloudy on Monday in Taunton. Expect the pacers to move the ball until the sun comes down blazing.

Australia proved that if you wait for the ball to lose its shine, it will then be easier to score runs here: David Warner scored a spectacular hundred, while his captain Aaron Finch hammed 82 runs in the previous match. However, West Indies prefer to bowl first and bounce out the opposition with raw pace. They will look to skittle out Bangladesh to a low total.

Time running out for both teams

Both teams have not tasted victory since their success in their respective first matches. West Indies lost to Australia and England and their game against South Africa was washed out. Meanwhile, Bangladesh lost to New Zealand and England and they too had a washed out game, against Sri Lanka. To qualify for the semi-finals, teams need at last 5 wins. For that matter, Bangladesh and West Indies need to win 4 out of their remaining 5 matches.

Apart from his fifty against Afghanistan, Chris Gayle has not had any significant contributions. He started off well against England but threw it away with a rash shot in the deep. The same has been the case with Shai Hope. He has been West Indies’ best batsman for the last 2 years, but come World Cup and he fails to deliver. West Indies need to do what India’s top order has been doing: either of Shikhar Dhawan, Rohit Sharma, or Virat Kohli go on to score a daddy hundred. If West Indies are to win, Gayle and Hope will have to take the onus of scoring the bulk of the runs.

To everyone’s surprise, Nicholas Pooran is the highest scorer for the West Indies. He has accumulated 137 runs at 68.5.

In the bowling department, Oshane Thomas and Sheldon Cottrell have taken 11 wickets between them. They, however, have struggled with their third seamer: either Kemar Roach or Shannon Gabriel will make it to the playing XI on Monday.

Mushfiqur Rahim too has been effective, having collected 141 runs at a stunning average of 47. Shakib and he will continue to be Bangladesh’s mainstays.

Neither Mustafizur Rahman nor Mashrafe Mortaza has taken the most wickets for them. With 6 wickets at 29.3, Mohammad Saifuddin has done the bulk of the damage. Mehidy Hasan has taken a wicket fewer than him in as many matches.