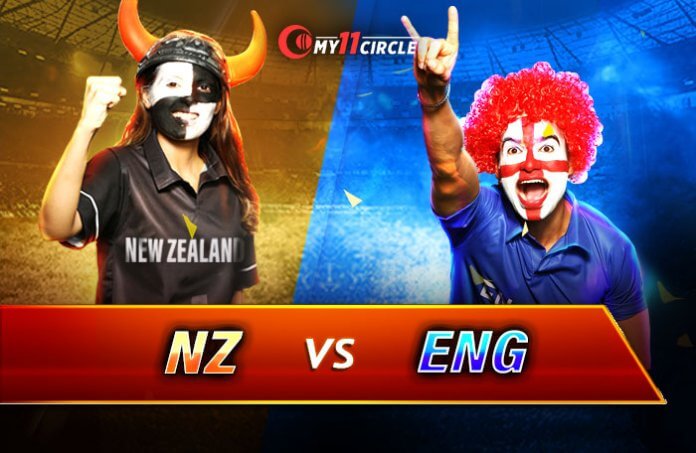 The highest total at the venue is 219 for 6 by New Zealand against India. Tim Seifert blasted 84 off 43 including 6 sixes and 7 fours. 3 out of 5 bowlers conceded over 11 RPO. And all this happened only 8 months ago. Expect nothing less on Sunday.

England bowlers did remarkably well on the flat track of Christchurch, taking wickets at regular intervals and keeping New Zealand on the back foot. With bowling figures of 2 for 28, Chris Jordan was the pick of the bowlers.

Jonny Bairstow and James Vince then made a mockery of the chase, taking on the New Zealand bowlers right away. And before the home team could make amends, England had chased down 154 with 9 balls remaining.

James Neesham was rested in the first match due to injury. New Zealand missed his aggressive batting in the death overs. If he regains fitness, he is likely to replace Scott Kuggeleijn. Let’s walk through the likely XIs.

It’s a five-match series, and the tables might turn anytime. Although England thoroughly dominated New Zealand on Friday, they know they cannot take the home side lightly. Colin Munro, earlier this week, blasted a hundred in the warm-up match, and Martin Guptill is one of the best T20 batsmen. If the duo goes all guns blazing, England will find themselves staring down the barrel.

Mitchell Santner was the only New Zealander to take wickets. He finished with bowling figures of 3 for 23.

Ross Taylor was the highest run-scorer for New Zealand, although his team would have wanted him to score at a faster rate.