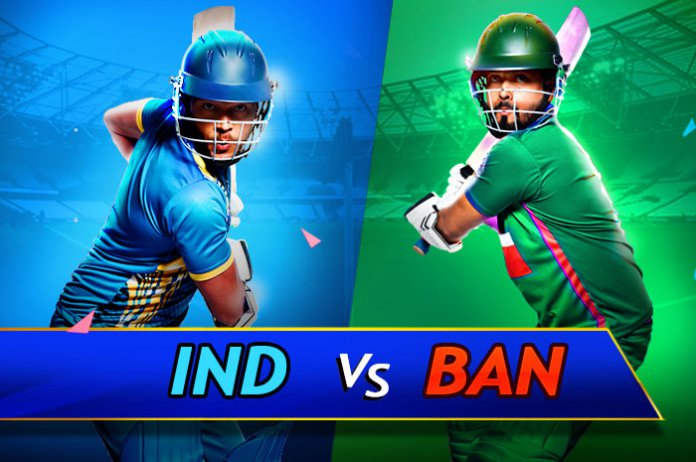 Targets have been chased down 3 out of 5 times at Delhi, suggesting it is a good pitch to bat on. However, it was a bit sticky in the 2019 IPL, helping spinners catch the batsmen in two minds. For that matter, both teams are loaded with top-class spinners.

Going by the head-to-head record, India are clear favourites to win the series. Be it in World T20, Asia Cup, or tri-series, they have never lost to Bangladesh in T20Is. However, this will be the first time they will lock horns in a bilateral series.

Both teams will be playing without their key players. India have rested Virat Kohli, while Shakib Al Hasan has been suspended for two years by the ICC for failing to report match-fixing approaches. That being said, India look stronger and more balanced on paper.

Bangladesh will have to punch well above their weight if they are to put India on the back foot. They almost defeated India in the final of the Nidahas Trophy until Dinesh Karthik emerged a hero scoring a six off the last ball. In fact, the contests between India and Bangladesh have been high-octane in the past decade. Expect humdinger of a series.

Rohit Sharma likes to feast on Bangladesh bowlers, having scored two World Cup hundreds against them. Going by his recent form, a few more milestones are on the way. If anything, he prospers when he leads a team.

A lot will ride on Mushfiqur Rahim. First of all, the batting will revolve around him, and second, he will have to help Mahmudullah call the right shots. His recent T20I form has been ordinary, but he is an experienced lad; he knows how to get things done.

In 4 T20Is, Deepak Chahar has taken 6 wickets and more importantly, maintained an economy of 6. He is a delight for any captain, especially in the powerplay, for rarely does he miss his lines and lengths.

Mustafizur Rahman started off his international career against India, taking 14 wickets in 3 ODIs in 2015. He was a considered a phenomenon then, but injuries have pushed him in a downward spiral. However, he is good at smothering the opposition with his variations in pace. He may go wicketless but makes sure he does not give away easy runs.

With Kohli rested, KL Rahul is certain to make it to the playing XI. As a matter of fact, he ranks 9th in ICC T20I Rankings for batsmen and has 2 hundreds in the format.

Mahmudullah is now a veteran of 80 T20Is. There is a reason they put him at the helm. Nonetheless, he hasn’t been able to translate his talent into performance of late. The flat India tracks perhaps might help him find his lost mojo.