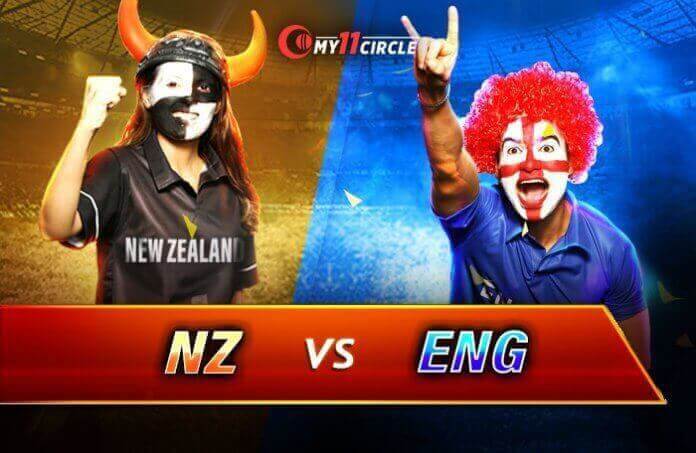 This will be the first Test at the Bay Oval, and the curators have dished out an interesting pitch. There is a thin film of grass on it, but the strong winds are likely to dry it out as the match progresses. And as that happens, the spinners will take charge. It is a good pitch to bat on otherwise.

England had toured New Zealand for a two-Test series only over a year ago. The first day of the series was fascinating – at least for the home team.

New Zealand, thanks to the brilliance of Trent Boult and Tim Southee, reduced England to 27 for 9 in 15.4 overs. For that matter, in 1955, England had skittled out New Zealand for 26 all out, the lowest total in the history of the format. New Zealand had a chance to give them back, but Craig Overton saved England from embarrassment. He, somehow, added 33 runs and took England to 58 all out. For obvious reasons, they ended up losing the match.

England have not won a Test in New Zealand for over a decade now, and coincidentally, every time they tour here, they undergo a transition phase. They have another opener in Dom Sibley making his debut, while Ollie Pope will make a comeback after a year.

On the other hand, New Zealand have been exceptional in the past 2 years. They beat Pakistan in UAE and drew series in Sri Lanka after being 0-1 down. Barring a top-class spinner, they have every ammunition at their disposal.

Dom Sibley was remarkable in County this summer, scoring 1,428 runs at 68. He isn’t a player with a strong technique but that’s not the criteria to make it to the team these days. He is gritty for all we know, and that should do it.

New Zealand’s success in the last 2 years has been largely inspired by the performances of Kane Williamson, Henry Nicholls, and Tom Latham: they have averaged over 60 and feature in the top 10 of ICC Test Rankings for batsmen.

This will be Jofra Archer’s first overseas assignment in the format. It’s been a dream year for him, be it surprisingly getting selected for the World Cup, bowling the Super Over in the final, and then dictating terms in The Ashes. If anything, he is a darling of the media.

Joe Root has been the most consistent batsman for England in the last half a decade, but he can be better. The world knows that. He knows that. He always gets a good start, looks good for a big innings, and that’s that. Not to defend him but he has been working hard on the very aspect of his game.

The English batsmen especially have to get their act together. The bowlers do fine in Tests, but it is their batsmen who are blamed after every loss. Meanwhile, New Zealand seem like a near-perfect Test side and clearly have an edge over their visitors.