Do you remember the player who replaced Kuldeep Yadav in the third India versus South Africa Test series? It was Shahbaz Nadeem, who hails from Jharkhand. He put on a stellar performance; he took out Temba Bavuma and Anrich Nortje in the first innings and in the second innings, he dismissed Theunis de Bruyn and Lungi Ngidi. What most of you do not know is that the 30-year old had only 24 hours to make it for the match. This is his story…

Every cricket-loving fan in India wishes they could play for international tournaments. However, only the best gets selected and Nadeem is one such person. Like most of us, he put his phone on silent mode during prayer time. When he checked it, there were missed calls and messages. He was selected to play the Test as a back-spinner. But he was still in the dark about the game he would be playing. He told Times of India, “I didn’t have a clue that I will be making a Test debut for my country.” Nonetheless, he zoomed from Kolkata and reached Ranchi late at night, in a day’s time.

The biggest news came next morning, he recalled, “When I woke up the next morning, after travelling for hours, Virat (Kohli) came and said, ‘you are playing today’. I was surprised and delighted too. I was so happy when he handed the debut cap to me on the ground. It was a dream come true for me. My hard work paid off. It will always be a memorable moment for me.”

At the end of the Ranchi Test, MS Dhoni dropped by to meet the team. He looks back at the conversation he had with this legendary captain. He told the newspaper, “I met him after the match. I asked him, ‘Mahi bhai how did I do?’ He said, ‘Shahbaz, you have matured now. I was watching you bowl. There is a maturity in your bowling now. That is because of your domestic experience. Just don’t experiment too much and play the way you have been playing. Your journey has started, Shahbaz.’ We chatted about our journeys.”

Every aspiring cricketer is waiting for that one phone call that will change their lives. This time it was Shahbaz Nadeem’s turn. 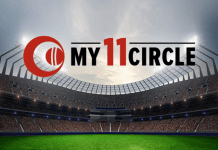