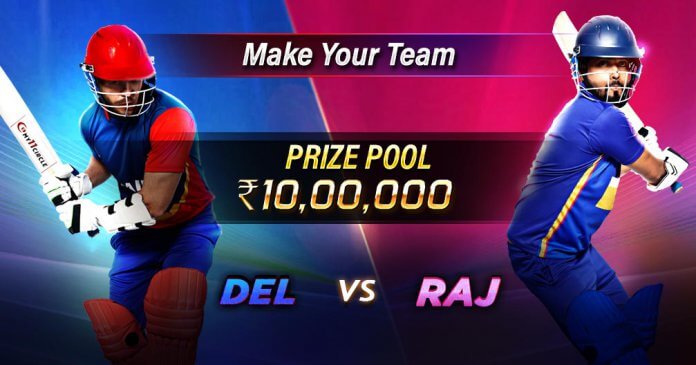 Barring the first match, the track at Feroz Shah Kotla has been kind to the batters. Shikhar Dhawan especially has been having a good time here: his last three scores read 35, 56, and 50. On the other hand, Pant has been struggling to get going at his home ground, having amassed a mere 61 runs in 6 games. This proves that a batter has to be mindful of his strokeplay on this track, that it rewards the bowlers too if they bowl the right line and length.

The average first and second innings scores read 163 and 155 respectively. The chasing team has won thrice in six games, while one concluded in the super over.

It is a do-or-die match for Rajasthan. Their previous match against Bangalore ended in no result due to rain, eventually losing out on a point. Delhi, on the other hand, will look to snipe up a win to remain in the top two.

Dhawan and Pant eclipsed Rahane’s hundred the last time these two teams locked horns. Rahane remained unbeaten on 105 off 63 and took Rajasthan to 191 for 6. On another day, he would have walked away with the Player of the Match award. However, fortune favoured the brave Pant: he smacked 78 off 36 and helped his team chase down the target with 4 balls remaining.

Delhi’s loss at the hands of Chennai was abysmal. 9 of 11 batters scored in single digit, slumping from 52 for 2 to 99 all out. It could have been worse had Shreyas not added 44 runs. This, however, was not their biggest blunder that night. On a track that had turn and bounce, they benched Sandeep Lamichhane. In fact, three of the four wickets they took belonged to the spinners.

As Cricket Australia (CA) had asked their players to summon before May 1, Steven Smith will not play this season anymore. Rajasthan had already been playing without Ben Stokes and Jofra Archer. It, now, depends on the performances of the local players. Rahane will be back at the helm, and he will leave no stone unturned to keep their playoffs hopes alive.