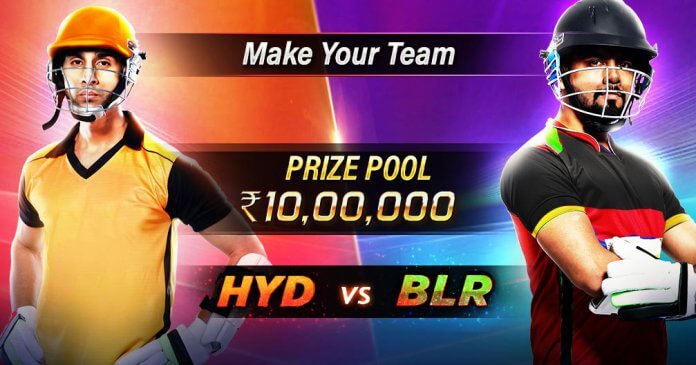 The clouds will loom over Bengaluru throughout Saturday. The previous match here was reduced to 5 overs per side after rain delayed the start. Virat Kohli and co. posted 62. In reply, Rajasthan went all guns blazing before rain came down pouring and had the last laugh.

The pitch, as has been the case every year, has been biased towards the batters. The pacers have very little hope for dominance here, but the spinners get enough spin and zip.

Given the weather forecast, the humid and dewy conditions will make it difficult for the bowlers to grip the ball, and thus, captains will look to bat first.

We have opted for a fantasy Cricket team on the basis of players’ impact, recent performances, and credit points.

Bangalore have already lost the playoffs race, but their hopes to not end up at the bottom of the table are still alive. Hyderabad, on the other hand, are in a do-or-die situation. There are three more teams staring at the fourth spot in the points table.

David Warner and Jonny Bairstow smashed centuries the last time Bangalore and Hyderabad met. In a chase of 233 runs, Bangalore managed a mere 113 runs. 8 off 11 batters scored in single digits, as Nabi and Sandeep sniped up 7 wickets between them.

Manish Pandey was benched after scoring only 54 runs in the first five innings of the season. Warner and Bairstow scored bulk of the runs and Pandey had very little responsibility to take care of. However, it was his mode of dismissal that was alarming. The management decided to rest him and the ploy has worked: ever since his comeback, he has scores of 83*, 61, 36, and 71*.

Saha has not scored a fifty yet, but whatever runs he has scored have come at a strike rate of 175.5. His opening partner, Guptill, has played only one match this season, but both have made their intentions clear: they will take the bull by its horn. The concern, however, has been their middle order. Vijay Shankar’s form has dropped down and Kane Williamson, distracted by a shoulder injury, could never get going. Thanks to Nabi that his late blitzes have been saving Hyderabad from embarrassment.

Bangalore’s problem do not count here. Their campaign is over, and they will play for pride. Kohli often says that they enjoy the game and not think what has happened. That being said, they do not want to wind up at the last position. It will be an uphill task to rise about a disciplined bowling attack that boasts of Bhuvi and Rashid.