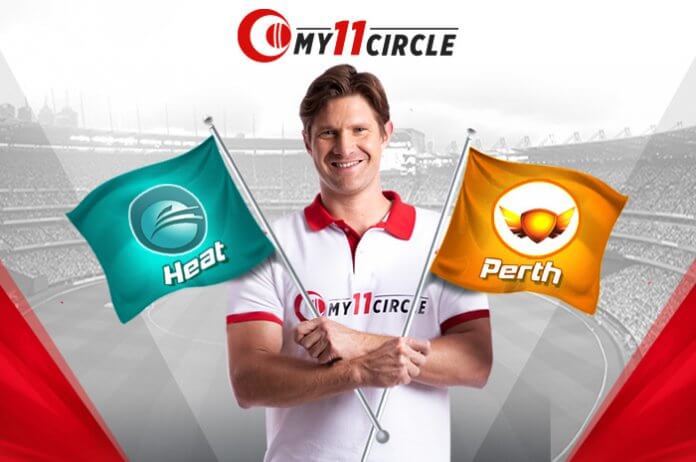 The average first and second innings scores at the Carrara Oval read 171 and 158 respectively this season. The pitch, however, has equally favoured the bowlers: as many as 25 wickets fell in 2 matches.

Adam Zampa and Peter Siddle took three-wicket hauls, while Glenn Maxwell’s 83 runs is the highest score at the venue.

This is a bottom-table clash. Both teams haven’t been able to find the momentum. The Scorchers are heavily reliant on their captain Chris Lynn, while the Scorchers have one too many hitters at their disposal. Their bowling departments too go neck and neck. The match prediction thus depends on the toss, as the chasing teams have lost both matches at the Carrara Oval.

Chris Lynn had decided to go all guns blazing before the match. In the previous innings, the idea to anchor innings did not suit his style of play, and it had backfired. He smashed every ball that was in his arc. To further dent the bowlers’ confidence, he made room and peppered the off-side boundary. When pitched on his legs, the ball was seen soaring into the cow-corner stands. The outcome was the highest score of the season: 94 off 35 including as many as 11 sixes and 4 fours.

Matt Renshaw has stuck to his brand of cricket, neither falling prey to the fancy T20 shots nor using his power. He tries to bat as deep as possible and, in the process, accumulates more runs than his team members. His 125 runs are the most for the Scorchers.

Mitchell Swepson‘s leg-spinners have fetched him 5 wickets in 3 matches, with an economy of 7.5. Josh Lalor, their highest wicket-taker of the previous season, has managed 3 wickets.

The Scorchers have a strong batting line-up comprising Mitchell Marsh, Liam Livingstone, and Ashton Tuner. Add the power-hitter Josh Inglis and the nudger Cameron Bancroft to the mix. Barring Turner, all have scored a half-century. With such combination, it is surprising to see them at the bottom of the table.

Chris Jordan has been a crucial player in fantasy cricket. He has sniped up 7 wickets and pouched 4 catches. He bowls at the death, and fields either at mid-on or long-on.

Fawad Ahmed has been slightly unlucky. He has taken a mere 4 wickets in 4 matches. If he continues bowling in the right channel, fortune may favour him finally.