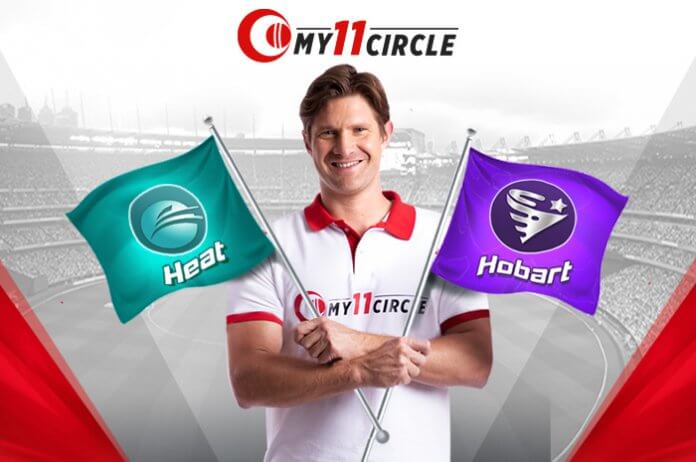 The pitch is an absolute belter for batsmen against the pacers. However, the ball grips the surface when bowled off the seam. Power up your fantasy team with spinners and fast bowlers who have off-cutters in their armoury.

D’Arcy Short will leave for India on Thursday morning for the three-ODI series and won’t be available for at least two and a half weeks. Matthew Wade will return to the squad.

In the previous contest between these teams, the Heat reduced the Hurricanes to nothingness and post a colossal total of 213, thanks to Max Bryant and Chris Lynn’s blistering half-centuries. The Hurricanes fired on all cylinders but could attain only 189.

Both teams go neck and neck in terms of points, winning 3 games and losing as many. Although the Heat have a stronger lineup, this is T20 cricket and tables turn in no time.

The team batting first has an advantage at The Gabba. Make your fantasy teams accordingly.

Chris Lynn‘s both half-centuries propelled the Heat to over 200 runs. For that matter, the Heat won all the games in which Lynn launched an attack. The Hurricanes will win half the game if they get rid of Lynn early. In all, the Heat captain has smashed 242 runs with a strike rate of 170.4.

Tom Banton has blown hot and cold, but whenever he found his feet, he was unstoppable. His high scores read 64 and 56.

Matt Renshaw has been the rescue man for the Heat. That being said, he is a safe bet in fantasy cricket. He has scored 156 runs at 31.2.

Zahir Khan and Ben Laughlin have been the pick of the bowlers for the Heat, dismissing 13 batsmen between them.

Matthew Wade is back from his national duties. His 592 runs including 6 half-centuries were the second-most in the previous season. He will have to emulate D’Arcy Short’s performance to keep the Hurricanes in the game.

Ben McDermott has got starts but hasn’t been able to capitalise on them. He loses his wicket when he has to scale up the run rate. He has scored 131 runs at 32.7 including a half-century.

Riley Meredith has been Hurricanes’ star with the ball. He has sniped up 10 wickets with a strike rate of 12.3. The second in the list is the ever-improving Qais Ahmed: his leg-spinners have trapped 8 batsmen in 6 matches.