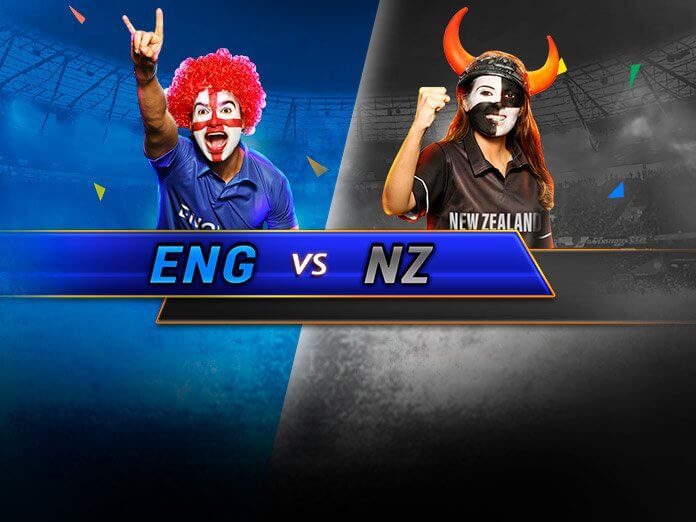 Barring the one at Lord’s, every pitch that England played on has been a featherbed for batsmen. Expect nothing less at the Riverside Ground. The previous match here, between Sri Lanka and West Indies, saw as many as 653 runs being smashed.

England dropped Moeen Ali against India considering the shorter boundaries at Edgbaston and that India play off-spin well. Their opponent now will be New Zealand, a team that is comfortable against pace. England might as well bring Moeen back into the playing XI, but at the expense of whom? Liam Plunkett took three wickets, while Wood, despite tasting no success against India, has been picking wickets at regular intervals.

Tom Latham has scored a mere 31 runs in 7 matches. To make matters worse, Latham dropped Babar Azam at a critical stage and he went to score a hundred. Tom Blundell is yet to make a debut in ODIs, but New Zealand need their players to be confident, for they are yet to quality for the semi-finals despite winning 4 matches.

Tim Southee is yet to get a game this edition, and New Zealand picked Ish Sodhi ahead of him against Australia. Sodhi replaced Matt Henry who had gone wicketless in four consecutive matches before that. Sodhi too faced a similar fate. It’s about time Southee teams up with Trent Boult and Lockie Ferguson. Even India have resorted to a three-pacer attack.

If England win, they are through. New Zealand then will have to wait for the contest between Pakistan and Bangladesh. If Pakistan win, they will tie with New Zealand with 11 points. However, New Zealand have a far superior net run rate. They have to make sure they don’t heavily lose to England.

If England lose, they will stick to 10 points. They too will then rely on the Pakistan-Bangladesh result. If Pakistan win, they will qualify for the semi-finals leaving England behind.

Jason Roy’s comeback boosted England’s overall approach. He launched the first onslaught and then Jonny Bairstow took over and scored a spectacular hundred against India.

Kane Williamson has been so stunning this World Cup that Ross Taylor, the second-highest scorer for New Zealand, is 221 runs behind. Williamson has scored two hundreds and a fifty. However, Joe Root is slightly ahead of him with two fifties more.

James Neesham has been New Zealand’s saviour with both bat and ball. His 97* against Pakistan will remain one of the top highlights of the edition.

Lockie Ferguson (17 wickets) and Jofra Archer (16 wickets) are at the second and fourth positions in the list of highest wicket-takers.