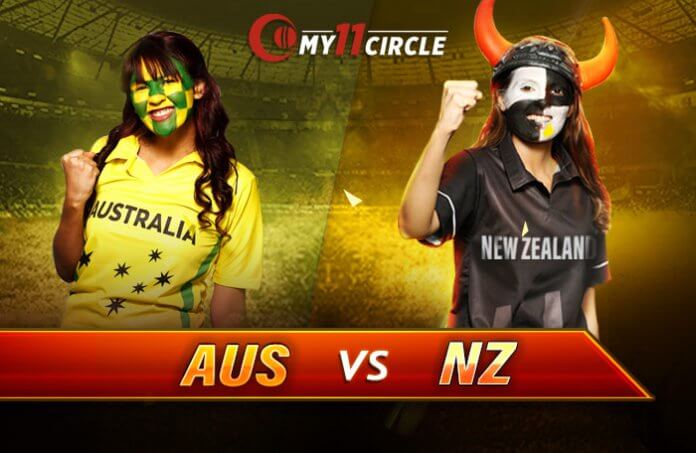 In the only Test at the Perth Stadium, Nathan Lyon took 8 wickets. The pitch offered both turn and bounce, helping Lyon feed on the batsmen. More importantly, there was an even contest between bat and ball.

However, the pink ball won’t be the biggest challenge. The players have gotten accustomed to its behaviour. It is the weather that is likely to exhaust the players. The temperature is forecasted to reach 40 degrees Celsius. This also means that the pitch will dry out as the match progress. More good news for Lyon.

“I’d be a brave man to change the XI,” said Justin Langer. Australia played the same XI in both Tests against Pakistan, and going by what Langer hinted, they will play the following XI.

Trent Boult bowled two short spells in the nets. Sandwiched between these uneasy spells was a brief conversation with the coach and captain. If he remains unfit, Lockie Ferguson will make his Test debut. On the other hand, Ross Taylor had to leave the nets after getting hit. However, there are no reports whether he sustained any injury.

It would have been another Trans-Tasman rivalry, but the Test championship has added more importance to the series. With 176 points in 7 matches, Australia are at the second spot. New Zealand are one place below them, but they have played only 2 Tests.

New Zealand have now been invincible for 7 Test series. However, they have an ordinary record against Australia, winning only 8 of 57 Tests.

Australia, on the other hand, levelled The Ashes 2019-20 and the beat Pakistan 2-0. This isn’t the series to make predictions for. Both teams are armoured with top-class players, and they will fight tooth and nail. While Australia likes to go all guns blazing, New Zealand smother their opposition without making them realise.

Neither Steve Smith nor Virat Kohli is the highest run-scorer in 2019. Marnus Labuschagne has grabbed the top spot with 829 runs at 63.7 including 2 hundreds and 5 fifties. Smith is a mere 15 runs behind.

For New Zealand, Tom Latham, Ross Taylor, and BJ Watling (in the same order) are ahead of Kane Williamson in the list. There’s a reason New Zealand have been consistent this year, for they have been performing well as a cohesive unit.

Pat Cummins is the only bowler to have taken over 50 Test wickets in 2019. Nathan Lyon is at the third spot, but he has as many as 16 wickets behind Cummins’ tally.

Neil Wagner has been no less. He has managed to take wickets in heaps even on the dusty wickets of Sri Lanka and UAE.