The round one of the Ranji Trophy has started with a bang. There have been some interesting turn of events and highlights in the last few days. Let us see how the teams have performed and the major features that went down.

In round one, 18 matches were to be held and these are the results:

In the Ranji Trophy, the Mumbai team is the toughest teams to beat. Their strength was witnessed in the first round. They squashed their opponent, Baroda by 309 runs. Mumbai scored 534 runs, but it was no match for Baroda. At the Reliance Cricket Stadium in Vadodara, the host team managed to wrack up 224 runs. The Mumbai bowlers, Shams Mulani took four wickets, while Shashank Attarde and Akash Parkar knocked out two wickets each.

One of the most interesting matches was between Tamil Nadu and Karnataka. Tamil Nadu had to chase 181 runs, but Karnataka’s unleashed their powerful bowler in the form of Krishnappa Gowtham. He stood as a tough opponent against the Tamil Nadu’s batsmen. Gowtham took down eight players who managed to score a total of 60 runs.

The Gujarat versus Hyderabad match saw a dismal performance. Hyderabad scored a miserable 187 runs and Gujarat crossed it with ease. Although Gujarat’s Kathan Patel was dismissed for 1 run, his teammates Priyank Panchal (90) and Bhargav Merai (69) chased the target.

Three matches ended in a draw: Andhra versus Vidarbha, Uttar Pradesh versus Railways, and Kerala versus Delhi.

With all this excitement, will the losing teams redeem themselves in round two? On 17th December, catch all the Ranji Trophy 2019-20 thrill here. Join the buzz of creating your own fantasy team and test your cricket skills. 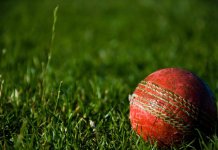 India vs South Africa Women’s T20I: The Bowlers Were No Match For The Proteas Women