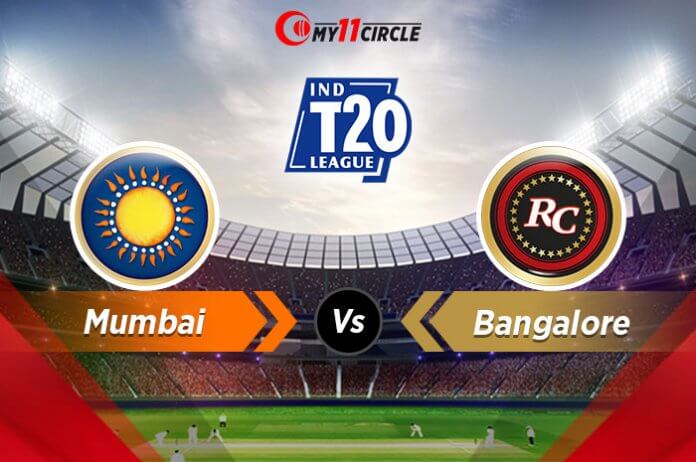 Three of the last four innings include totals in excess of 190 runs. If anything, the pitch has been a featherbed for batsmen.

The absence of Rohit Sharma has not affected Mumbai’s batting yet. His replacement, Ishan Kishan, has provided solid starts at the top with scores of 68* and 37. To add more fuel to the fire, Kishan’s highest score (99) came against Bangalore earlier this season. Overall, he has smashed 298 runs at a strike rate of 142.5.

Virat Kohli’s lowest score in the last 8 innings is an unbeaten 18. During this phase, he scored three fifties and as many forties. To put things into perspective, he is the safest player for captaincy in fantasy cricket.

AB de Villiers has scored three consecutive fifties against Mumbai, also winning Man of the Match awards in all these matches.

Jasprit Bumrah has taken 9 wickets in 6 games at Abu Dhabi, including a four-wicket haul against Rajasthan. While Bumrah leads the bowling charts for Mumbai with 17 wickets, his bowling partner Trent Boult has taken only a wicket fewer than him.

Chris Morris has been a popular player on fantasy apps of late. He bowls in the power play as well as at the death and bats at No. 6 – the traits that fantasy players look in a cricketer. Morris has taken 10 wickets in a mere 6 games and has played a vital knock of 25* off 8 including three sixes and a four.

Yuzvendra Chahal has gone wicketless only once in 11 games thus far. It doesn’t come as a surprise that his 17 wickets are the most for Bangalore this season.

Hardik Pandya and Kieron Pollard make Mumbai’s batting more and more destructive. More importantly, both have been in ominous touch. In case you want to select only one of them, make sure you follow the following tips.