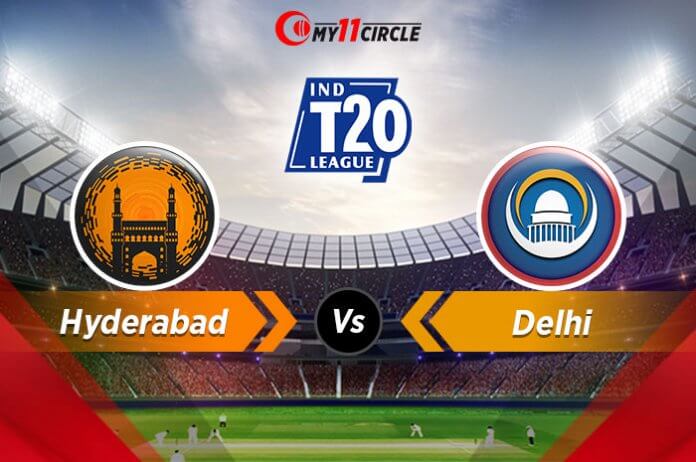 The team batting first has lost 4 of the last 5 matches. The highest total chased during these games was 165. That said, scoring runs at a brisk rate has been an uphill task. The batsmen will have to be mindful of their strokeplay.

We will keep repeating this fact until Kagiso Rabada fails: he, now, has gone wicketless in 25 matches of the Indian T20 League. This is no easy feat to achieve. In an era dominated by batsmen and pitches that rarely favour the bowlers, Rabada has been legendary. For the obvious reasons, he is the highest wicket-taker of the season. His 23 wickets have come at a stunning strike rate of 11.3.

Shikhar Dhawan will be back to the venue where he has scores of 35, 32, 57, and 106*. He likes playing on wickets that offer enough pace for him to play on the up. He and Rabada would make great candidates for captain and vice-captain in fantasy cricket.

David Warner is the highest run-scorer for Hyderabad, but by his standards, he has been slightly out of sorts. He seems too cautious of the fact that his team does not have a solid middle-order, eventually refraining from playing his natural game. He has five scores in excess of 40 runs in 11 innings.

Jonny Bairstow has been blowing hot and cold. He seems to be in great touch but keeps finding new ways to get himself in trouble – something makes him less reliable as a power player on fantasy apps. He has scored 345 runs at a strike rate of 126.8.

Rashid Khan was adjudged Player of the Match for his excellent figures of 3 for 14 in the previous game between these teams. Overall, he has managed 14 wickets in 11 games.

Jason Holder’s late addition has come as a blessing in disguise for Hyderabad. His bowling figures in the last two matches read 3 for 33 and 2 for 27.

Shreyas Iyer has been Delhi’s most consistent batsman, providing impetus in any given situation. He has scored 383 runs in 11 matches, including two fifties.

Marcus Stoinis has been destructive with the bat and effective with the ball. The fact that Iyer trusts him with the ball in the 20th over makes him more than useful in fantasy sports. In the previous game, he took 2 wickets in the final over.