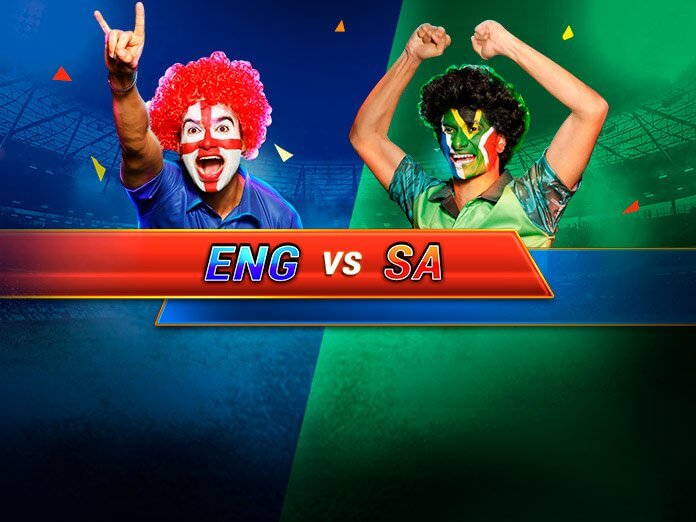 In the two warm-up games played at Kennington Oval, we saw fast bowlers rattle batsmen with pace and swing. Trent Boult (4 wickets) and Jofra Archer (3 wickets) were the wreckers-in-chief against India and Afghanistan respectively.

However, the pacers grew ineffective as the match progressed and the batters took center stage.Captains will look to bowl first and exploit whatever swing is on offer. Meanwhile, the team batting first will have to be mindful of their stroke play and wait for the conditions to favor them.

The average first and second innings scores read 247 and 213 respectively. The highest total registered here is 398 for 5 by New Zealand against England, while the highest score chased is 322 for 3 by Sri Lanka against India. Make sure to choose your fantasy cricket players wisely.

England have been obsessing over scoring 500 runs in ODIs. And why not? They have scored over 400 runs as many as four times since the 2015 World Cup – the most by any team in the last 4 years. Their 481 for 6 against Australia last June is the highest total in the format. That said, they will be against one of the strongest bowling arsenals. There is no iota of doubt that it will be an uphill task for the home team to accumulate runs at will against South Africa.

South Africa have two players in the list of top 10 ODI bowlers. Imran Tahir is placed at the fourth position, while Kagiso Rabada is one position below him. To add fuel to the fire, these are the very players who were the top two wicket-takers in the recently concluded IPL.

Lungi Ngidi is back to full fitness. He was ruled out of the IPL due to a side-strain injury. He is likely to replace Steyn in the playing XI. Although he made his ODI debut a little over a year ago, his record speaks volumes of his abilities. He has sniped up 34 wickets in 18 matches at a stunning average of 21.6.

So, how will England tackle South Africa’s bowlers?

England would not worry about that, for they bat deep. Chris Woakes, their No. 8 batsman, has 4 fifties to his name, while Tom Curran’s last three international scores read 29*, 31, and 47*. If you think this is it, you are wrong. Liam Plunkett hit a six when England needed 7 off 1 and tied the game. Come to think of it, England do not have a tail, for their entire squad can bat.

As a matter fact, the rankings have a different story to tell. Only one English batsman, Joe Root, appears in the list of top 10 batsmen compared to South Africa’s two: Quinton de Kock and Faf du Plessis are at the fifth and sixth positions respectively, and both were in a spectacular form in the IPL. With 529 runs in 16 matches, de Kock was the third-highest scorer this season. Although du Plessis collected 133 runs fewer than de Kock, he was as impressive as ever.

In addition, both teams boast of class-apart all-rounders. Given the nature of the track, Ben Stokes and Andile Phehlukwayo’s fast-bowling skills will come in handy.

To put things into perspective, England have more aggression in their batting order. You name them, you get them: Roy, Bairstow, Morgan, Buttler, Stokes. On the other hand, South Africa have bowlers who know how to take wickets even at crucial junctures.

All in all, it will be a fierce battle between England’s batting power and South Africa’s bowling swag.