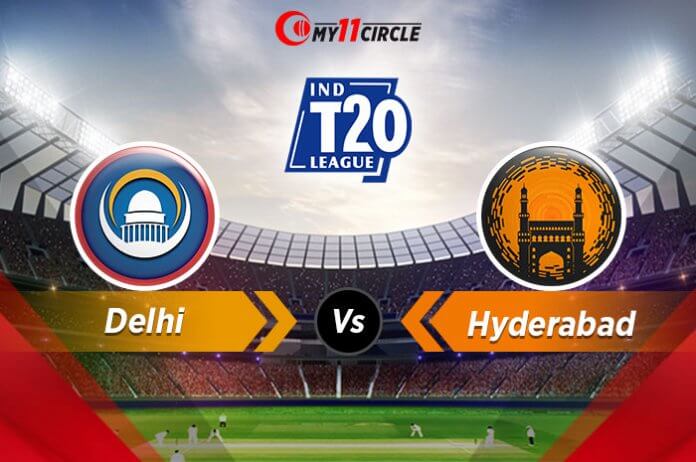 The average first and second innings scores this season read 166 and 152 respectively. The highest total is 195, while the highest total chased is 166. The team batting first has won two of three matches.

The pitch at Abu Dhabi has some pace in it, making the conditions favourable for Prithvi Shaw. With the back lift so high, all he has to do is guide the ball into the gap and it races away to the boundary. He played his natural game against Chennai, having a go at everything that was in his arc. The result was a majestic innings of 64 off 43. That said, he has a reputation of being inconsistent in the Indian T20 League, making him less popular in fantasy sports. If he chooses his strokeplay as wisely as he did the other day, he is likely to be in the top run-getters list.

After the freak run-out in the opening game, David Warner finally managed to get some runs under his belt. In the context of the game, however, 36 off 30 was not enough, that his team seems too dependable on the top order. Warner will have to bat through to make up for their rather weak middle-order.

Shreyas Iyer and Rishabh Pant were yet again amongst runs. They stitched up another crucial partnership of 58 runs, keeping Delhi in the hunt. More importantly, it was their choice of shots that was impressive, never showing signs of weakness despite playing against quality bowling attacks.

Manish Pandey followed his supporting knock of 34 runs with a vital fifty. That said, his innings included too many dot balls. Perhaps he was trying too hard to hit boundaries. Nonetheless, he is consistently fetching points for the fantasy players.

It is often all or nothing for Jonny Bairstow. There’s no middle ground for him. Even during the home series, he either got out in single digits or played a critical innings. Pray that he scores past 9 if you add him in your XI, and if he does, he better be the power player in your fantasy teams.

Kagiso Rabada has taken a two-for and a three-for thus far. Not to forget his two wickets in the Super Over, but these do not get considered in the tally. To put things into perspective, he has been the best fast bowler of the season thus far.

For anyone who has bowled 8 overs or more, Axar Patel’s economy read the best. He has conceded a mere 4 RPO, taking 2 wickets.

Rashid Khan has been out of sorts. He has taken a mere wicket in 8 overs, leaking 56 runs. Maybe he is focussing too hard on keeping a lid on the runs. On the other hand, Bhuvneshwar Kumar has managed to keep the runs flow intact, but he has not had any luck with wickets. Be that as it may, both are quality players, and forms and fortune change in no time.

Mohammad Nabi had a decent start to the tournament, scoring 11 off 8 and finishing with bowling figures of 4-0-23-0. He, as always has been the case, will play a crucial rule with both bat and ball.