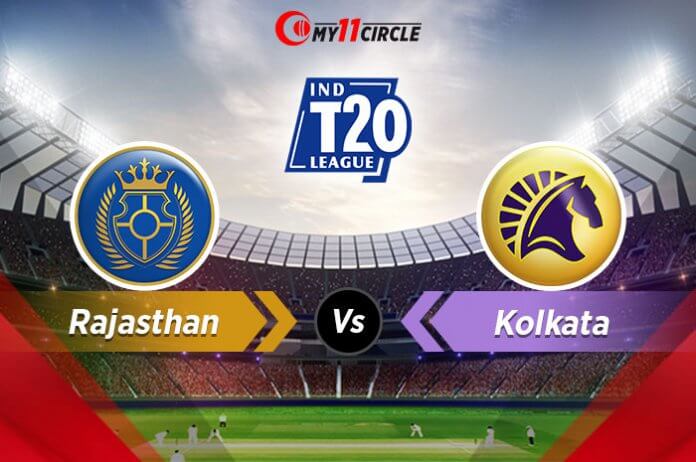 The average first and second innings scores at Dubai read 180 and 150 respectively this season. Two of the five matches ended in a Super Over, while the remaining three were won by the team batting first.

Although the boundaries are long, the pitch has enough pace for the batsmen to strike the ball into the stadium. Pack your fantasy teams with power-hitters.

Thus far, Sanju Samson has scores of 74 and 85 and has taken two catches and as many stumpings, although Jos Butler will keep wickets for the rest of the season. The dimensions of Dubai are massive compared to Sharjah, but that shouldn’t stop a batsman of Samson’s class and pedigree. He, after all, is reputed for his superior timing.

Steven Smith seems to be comfortable in his new batting position. His consecutive fifties are evidence to the fact that your key batsmen should play as higher up the order as they can. Despite Samson firing on all cylinders, Smith made sure he goes neck and neck and not waste any time in being second fiddle – the reason Rajasthan are at the top of the points table.

Not once did Shubman Gill play a false stroke against Hyderabad. His purpose was to play according to the merit of the ball and bat through. His composed innings of 70* off 62 helped Kolkata chase down 143 in 18 overs. His role suggests that he is likely to get you more points in fantasy games

Rahul Tewatia sent a reminder that we shouldn’t write off anyone at any given stage. From struggling at 17 off 23, he eventually managed 53 off 30 including 5 sixes in an over. Before pulling off this improbable win, he had taken a three-wicket haul. All eyes will be on him.

Jofra Archer has hit 6 sixes so far. When Rajasthan were 4 down and needed 21 off 11, they sent Archer to slog. He repaid the faith with 2 sixes against Mohammad Shami, the Purple Cap holder. Although he is yet to dominate with the ball, we cannot disregard the fact that he has only bowled at Sharjah. The wickets column will only scale up as he plays at other venues.

Eoin Morgan took his time before launching an onslaught against Hyderabad, eventually scoring an unbeaten 42 off 29. It is quite clear that he won’t go berserk right away and would rather assess the situation.

Andre Russell doesn’t seem fully fit. He has bowled only 2 overs each in both matches, taking 2 wickets. We will see more of him, both with bat and ball, as the tournament progresses. A Russell special, however, is due.

Pat Cummins proved his worth with the ball, finishing with figures of 4-0-19-1. It seems Kolkata are likely to use most of his overs in the power play, utilising his ability to swing the new ball and make early inroads.