The average first and second innings scores read 166 and 146 respectively at Tarouba in the previous edition of the Caribbean T20 League. Although the nature of the pitch remained the same throughout, the team batting second lost both matches. Expect an even contest between the bat and ball.

Rashid Khan is a man of many layers. Not only is he a spectacular leg-spinner but also an agile fielder and a handy batsman. He needs 4 wickets to join the 300 club in T20s. He is only one of the two bowlers to have taken 4 wickets in 4 balls in T20Is.

Hayden Walsh was the highest wicket-taker in the last season. He picked up 22 wickets in a mere 9 games with his wily leg-spin. His best figures read 5 for 19.

Johnson Charles did the bulk of the batting for Barbados, smashing 415 runs including three half-centuries. His overall T20 record is mighty impressive: he has scored 4,026 including a hundred and 25 fifties in 166 games.

Chris Lynn is one of the most powerful strikers and the most sought-after batsman in the format. In 184 games he has hit 5,096 runs with an outstanding strike rate of 144, comprising 2 hundreds and 34 fifties.

Sheldon Cottrell wears his heart on his sleeves. No matter what situation his team is in, he gives his all. The advantage of having him is that he bowls in the powerplay as well as death, giving him more opportunities to snipe up wickets.

Jason Holder isn’t as lethal in T20s as he is in Tests, but his ability to be effective with both bat and ball makes him a handy player in fantasy cricket.

On his day, Corey Anderson can reduce any bowling attack to a punching bag. With the ball, he has a variety of deliveries in his armoury to outsmart the batsmen. It is his all-round skills that make him an impactful player. 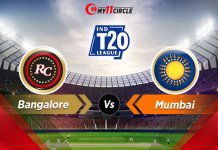