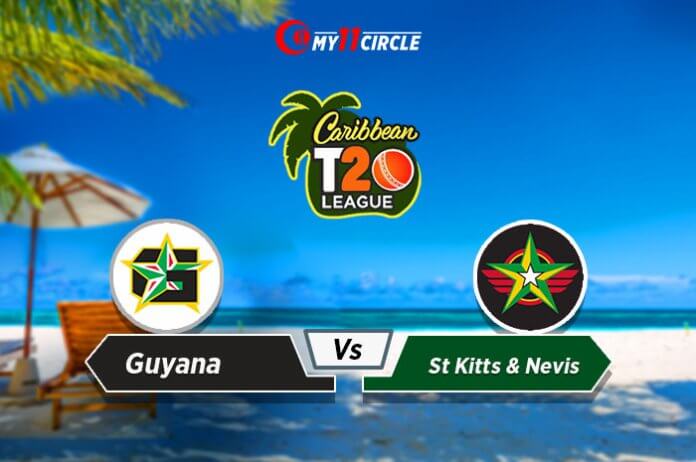 The curators could not have dished out a better T20 pitch. There was an extra bounce and ripping turn on the opening day of the Caribbean T20 League. In all, 591 runs were scored and 25 wickets fell in two matches.

Shimron Hetmyer played an innings of substance. He took the crease early, after Guyana lost Brandon King – last season’s best batsman – in the very first over. He assessed the conditions well and took his time before launching an onslaught, eventually remaining unbeaten on 63 off 44.

Ross Taylor hasn’t been the explosive batsman he once was, but the signature slog sweep that he played off Fawad Ahmed shows that there’s still a lot of gas left in the tank. More importantly, of the 50-run stand he stitched with Hetmyer, 33 runs (off 21) belonged to him.

Evin Lewis and Chris Lynn may not have had the best of starts, but they soon will set the tournament on fire with their belligerent strokeplay. Both have 6 hundreds between them in the format.

Although Imran Tahir leaked more runs than he usually does, he managed to take crucial wickets of Sunil Narine and Kieron Pollard. Not to forget that he was the second-highest wicket-taker of the previous season.

It was Joshua Da Silva’s maiden T20 match. Unfortunately, his unbeaten 41* went in vain as St Kitts and Patriots fell tantalisingly short by 6 runs. It, however, was his fighting knock that kept the innings together.

The southpaw duo of Sohail Tanvir and Sheldon Cottrell went all guns blazing last evening. Both took 4 wickets and gave away a mere 41 runs in 8 overs between them. Given the fact that they bowl in powerplay and death, the chances of them taking more wickets than the other bowlers is high.

Naveen-ul-Haq is a natural strike bowler. He runs in hard with an awkward action, trying to take a wicket every delivery. He has taken 10 wickets in 5 matches.

As always is the case, Keemo Paul was handy with both bat and ball. He slogged 15 off 10 and then dismissed Tim Seifert at a critical phase.