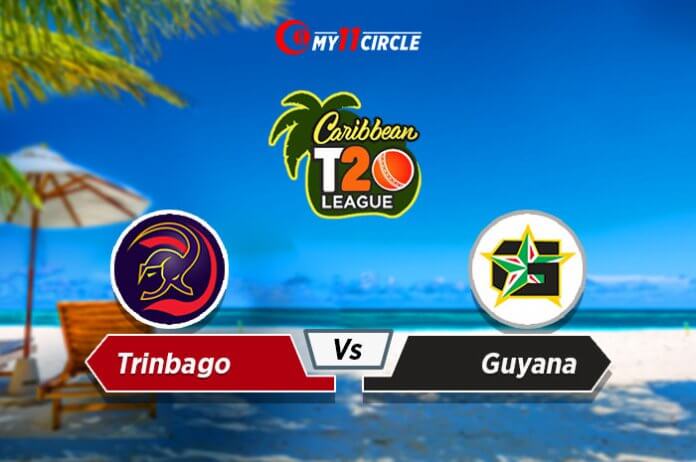 The average first and second innings scores read 166 and 146 respectively at Tarouba in the previous edition of the Caribbean T20 League. Although the nature of the pitch remained the same throughout, the team batting second lost both matches. Expect an even contest between the bat and ball.

Brandon King finished as the top run-getter in the 2019 edition: he scored a whopping 496 runs with a strike rate of 149 including a hundred and 3 fifties.

At the second spot was the experienced Lendl Simmons who smashed 430 runs with a superior strike rate of 150 including 5 half-centuries. Overall, he has accumulated 6,654 runs including a hundred and as many as 54 fifties in 249 T20s.

Imran Tahir will be back in the thick of things. The last time he played any competitive cricket was in the Pakistan T20 League in March: he managed 10 wickets in 7 games. In the previous edition of the Caribbean T20 League, his 16 wickets in 9 games were the second-most. Most importantly, his average of 12.3 read the best.

All eyes, however, will be on Sunil Narine, who is destructive with the bat and mysterious with the ball. In 336 T20s, he has bagged 379 wickets and scored 2,241 runs. The benefit of having Narine in fantasy cricket is the fact that his economy reads 6.02.

Then there’s also Dwayne Bravo, the highest wicket-taker in T20s. He needs only 3 wickets to become the first player to take 500 wickets in T20s. He is not only an exceptional batsman who can use the long handle to a devastating effect and finish games but also an extraordinary fielder, giving points to the fantasy players in all departments.

Kieron Pollard may not bowl as many overs as he used to, but he still sends the ball into the orbit and rescues his team from the toughest of situations. In the previous edition, he managed 349 runs with a strike rate of 159.

Another intimidating batsman to watch out for is Colin Munro. He has a 14-ball fifty in the format and his 3 hundreds are the second-most in T20Is.

Pravin Tambe will become the first Indian and the oldest (48 years) to play in the Caribbean T20 League. In 61 T20s he has grabbed 67 wickets with his leg-spinners. His best figures read 5 for 15.

Romario Shepherd and Chris Green took 13 wickets each in the previous edition. While Shepherd bowls in the powerplay as well as death, Green smothers the batsmen in middle overs with his off-break.

On his day, Shimron Hetmyer can smash any bowling attack to the pulp. On other days, he throws away his wicket. In 55 T20s, he has scored 1,108 runs with a strike rate of 131.5 including a hundred and 5 fifties.

Nicholas Pooran’s numbers do not justify his talent. He likes to take his time before launching an attack, but the nature of the game does not allow him to do so. In 127 T20s, he has scored 2,381 runs at 24.5.