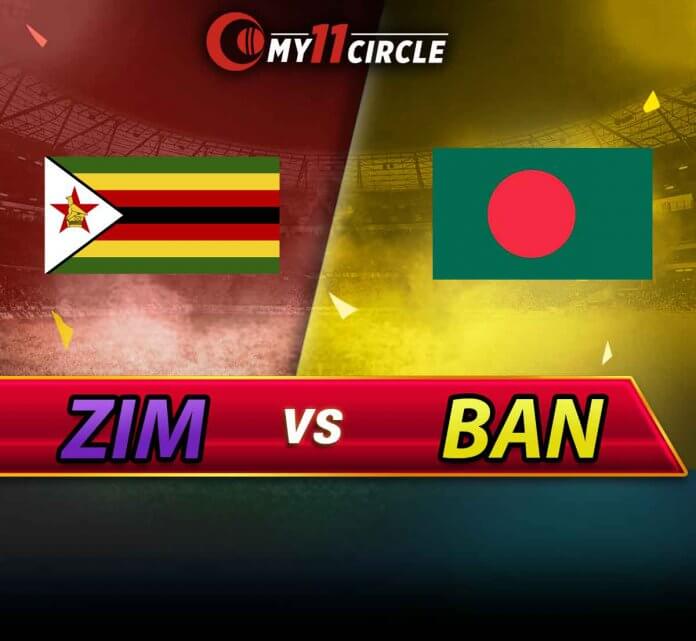 The pitch at Shere Bangla National Stadium is as flat as you get, maintaining its firmness throughout the game. For that matter, a target — no matter how big or small — has been chased down 8 times in the last 11 matches.

Rain might put a dampener on the tri-series opener. The precipitation reads 100%, making it a start-stop contest.

In the 9 T20Is between these teams, Bangladesh have won 5 and Zimbabwe 4.

So ordinary Zimbabwe have been of late that their win against Ireland in July ended their 12-match draught. Bangladesh, on the other hand, have not been a force either in the shortest format. They have won a mere 26 of 85 T20Is.

All said and done, Bangladesh boast of a better — if not a quality — team than Zimbabwe.

Hamilton Masakadza’s highest score (93*) in the format came against Bangladesh in 2016. He was the highest run-scorer in the four-T20I series, collecting 222 runs at 74.

Shakib Al Hasan, one of the stars of the 2019 World Cup, will be back in the coloured clothing. Scoring runs and taking wickets might as well help him get over the Test loss against Afghanistan.

Sean Williams has been in an impressive form lately, scoring 3 fifties in his last 4 international games. In the warm-up game against BCB XI, he shone with the ball, registering figures of 3 for 18.

Mustafizur Rahman has been a stellar performer for Bangladesh in T20Is. He has sniped 48 wickets in 30 matches at a terrific average of 17.6. His death-bowling skills especially will be key to Bangladesh’s success.