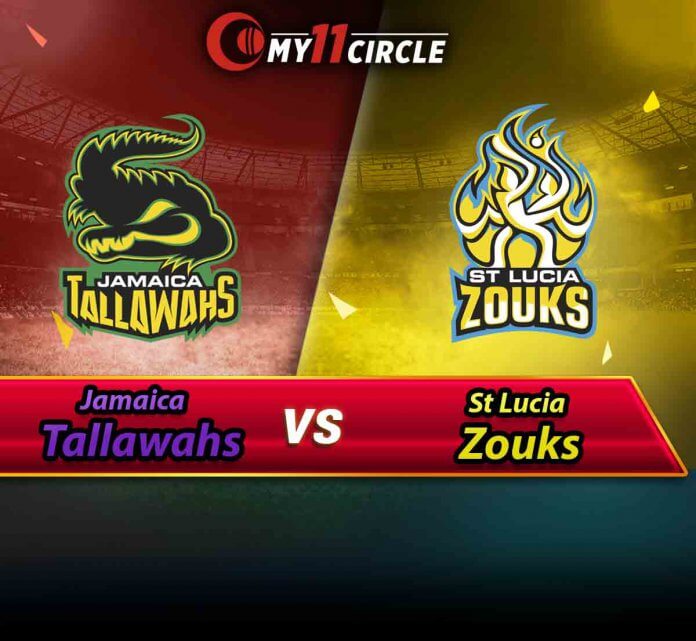 The pitch at Sabina Park is tailor-made for batsmen. West Indies once chased 194 in 18.3 overs against India, losing a mere wicket. Expect a thriller of a contest.

The rain may play a spoilsport, but showers aren’t expected to last long.

The Tallawahs could not defend a massive score of 242 against St Kitts and Nevis Patriots earlier this week. Chris Gayle’s herculean efforts of 116 off 62 went in vain. Before that, they had lost to the defending champions Trinbago Knight Riders in a chase of 192 runs.

On the other hand, the Zouks are yet to open their account this season, losing to Guyana Amazon Warriors and Trinbago Knight Riders.

In all, the Tallawahs have a much stronger side. The only way to test their nerves is by burying them under the pressure of chasing.

The Zouks have promoted Rahkeem Cornwall, the new cult hero of cricket, to the opening spot, and he has not disappointed his fans yet: he has smashed 69 off 28 balls.

Although batsmen have been taking Oshane Thomas to the cleaners, he has managed to keep his wickets column ticking. The same has been the case with Obed McCoy. Both have four-wicket hauls under their belts.

Amidst the hype of Chris Gayle and Andre Russell, Chadwick Walton has managed to make his way to the headlines with his powerful strokes. His 73-run knock against the Patriots included as many as 8 sixes.