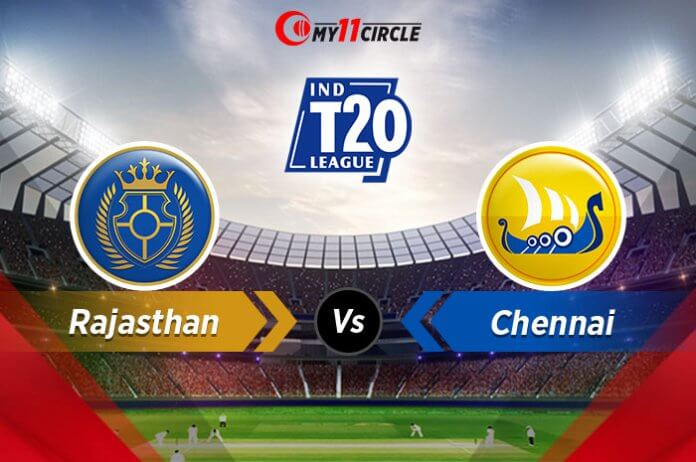 For a change, we might experience a high-scoring thriller. The chasing team has won 57% matches since 2018, with the average scores reading just over 160. To add more fuel to the fire, the boundaries are smaller compared to the other venues in the UAE.

While Jos Butler’s quarantine has been extended, Ben Stokes is still with his family in New Zealand. Rajasthan are lucky that their captain Steven Smith has been declared fit for their opening game.

Acquiring Sam Curran was an intriguing decision by Chennai. Other than the hat-trick, he didn’t do anything spectacular in the previous season. Punjab were happy to let him go, and Chennai already were studded with quality overseas players and that they already had DJ Bravo as their lead fast-bowling all-rounder. However, what goes on MS Dhoni’s mind is something only he knows, and whatever it is worked wonders for them in the opening game. Curran first dismissed the rampaging Quinton de Kock and then batted ahead of the finisher Dhoni when Chennai needed 28 off 17, scoring 18 off 6 and sealing the deal for his team.

With 20 wickets in 14 matches, Shreyas Gopal was the highest wicket-taker for Rajasthan last season. He performed so in batsman-friendly conditions. He now will be bowling on what Dhoni labelled as “tacky wickets”.

Ambati Rayudu seldom fails when his team needs him and his achievements are often forgotten. It’s been the story of his life and it does not bother him. Many think that his 71-run knock on Saturday was his best in the Indian T20 League, but he has been playing many such gems since his Mumbai days. Cometh the hour, cometh the man. With batting getting difficult in this part of the world, Rayudu might as well notch up many match-winning innings this season.

Faf du Plessis is 36 and he had not played any cricket since March. On Saturday, he took two spectacular catches at the boundary line and took Chennai home with an unbeaten 58 off 44 in a tricky chase. Age is just a number.

Pacers have taken more than 60% wickets at the venue since 2018. Jofra Archer, the man in form, will be itching to bounce out the batsmen with his raw pace and seam movement. He has taken 26 wickets in 21 matches at a strike rate of 18.8 in the Indian T20 League.

At what position will MS Dhoni bat, is a million-dollar question. He was the highest run-scorer for the team last year, but it might not happen again if he bats low and hence will lose popularity in fantasy cricket. No point having him in the team if he is less likely to bat. That being said, he sent Ravindra Jadeja and Sam Curran ahead of him to maintain the right-left combination. If Chennai bat first, add Dhoni to your fantasy teams without giving it a second thought.

Steven Smith missed all three ODIs against England due to concussion. Before that he had scored a mere 31 runs in the three-T20I series. He may not be in the best of forms and fitness, but he is Smith after all. In 81 matches, he has scored 2,022 runs including a hundred and eight fifties in the Indian T20 League.

Lungi Ngidi is Chennai’s strike bowler and Dhoni will use him in the powerplay, middle-overs and death-overs. Despite going for plenty in his first spell, he ended up with a three-wicket haul. His role will be the same throughout.

All eyes will be on Yashasvi Jaiswal, the star of the U19 World Cup. The youngster is not only skilled but also temperamental. It takes a lot of hard work to get the better of him.