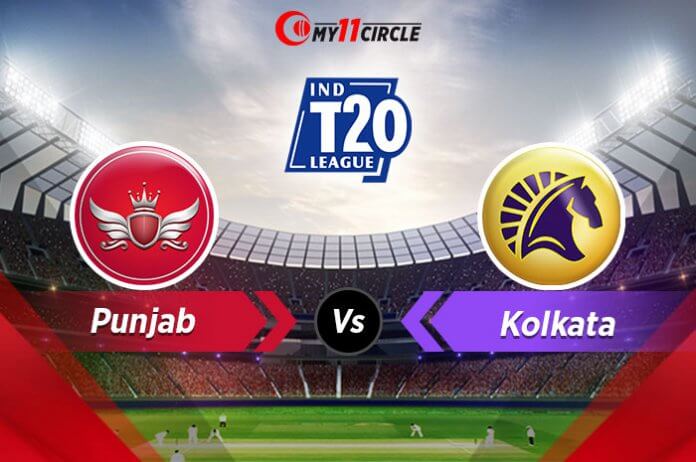 The average first and second innings scores at Abu Dhabi read 171 and 156 respectively. The team batting first has won 5 of 8 matches.

Despite failing against Chennai, KL Rahul maintains his top spot in the list of highest run-scorers. He has smashed 313 runs at a strike rate of 137 including a hundred and two half-centuries. In his only innings at Abu Dhabi, he managed a mere 17 runs.

Rahul Tripathi rubbished Kolkata’s tactics of sending him in the lower-order with a rampaging innings of 36 off 16 against Delhi. Kolkata partnered him with Shubman Gill in the next match and the result was much better. He scored 81 off 51. Such stunning was his knock that the second-highest score in the innings was 17, that Kolkata eventually went on to win the match.

Mayank Agarwal was, through no fault of his own, run out against Chennai. He is the third-highest runs-scorer of the edition, having scored a hundred and a half-century.

Shubman Gill has been too cautious of his stroke play, gradually putting himself in a shell. The same tactic has helped him score the bulk of the runs for Kolkata, but it has also affected his natural game. That said, he is still a good candidate for vice-captaincy: he likes spending more time at the crease – an aspect most beneficial in online fantasy leagues.

When on song, Nicholas Pooran seems the most devastating batsman. He smacked 77 off 37 against Hyderabad, including as many as 7 sixes. Punjab has a strong team on paper, but consistency is something that has been haunting the franchise since the inception. Even if Pooran performs half as he did the other day, Punjab wouldn’t have to rely too heavily on their staggering openers.

3 years ago, Varun Chakravarthy would buy tickets at Chennai and watch MS Dhoni play. Earlier this week, he knocked over his hero with an absolute ripper. As a matter of fact, he has been impressive throughout the season – the reason Kolkata have been picking him ahead of Kuldeep Yadav.

Contrary to what he did in 2019, Andre Russell has been out of sorts. The only positive is that he has taken at least a wicket every time he bowled. With the bat, he has managed a mere 50 runs in 5 matches. To make matters more interesting, Pat Cummins has scored more runs than Russell and Russell has taken more wickets than Cummins. Both will have to get their act together if Kolkata are to maintain their consistency.

Mohammad Shami is getting too predictable with his lengths. He took 7 wickets in the first three matches. In the next three, he managed a meagre 2 wickets.

Ravi Bishnoi has been an all-or-nothing bowler. He has gone wicketless three matches and taken three-wicket hauls in two matches.