With dew expected to influence the result, the captains will look to chase. It anyway has been a thumb rule of late in the shortest format.

Otherwise, there aren’t enough numbers on the venue. Of the only two T20Is hosted here, one was cut short by rain.

India can opt-in for Yuzvendra Chahal to test their bench strength but at the cost of whom? They have Axar Patel at No. 7, while R Ashwin was brilliant with the ball, especially in his last spell when the batters were trying to up the ante.

With the series on the line, New Zealand need the services of James Neesham and Ish Sodhi. The visitors may leave out Mitchell Santner and Todd Astle.

Martin Guptill struggled to find the boundary line in the powerplay, but he unleashed the beast as the innings progressed. He managed 70 off 42 including 4 sixes and 3 fours. It was his maiden fifty against India in the format.

Suryakumar Yadav has failed only once in 7 T20I innings. He already has 3 half-centuries and two scores between 25 and 32 runs. He will be the fantasy player to watch out for.

Mark Chapman did what could in the absence of Kane Williamson at No. 3. India throttled him with tight lines in the powerplay, but the southpaw stuck to his strengths and muscled the ball once you got his eye in. He, however, won’t be proud of his strike rate, especially for a batter of his calibre. He managed 63 off 50.

R Ashwin was the pick of the bowlers on Wednesday. He did spray a few deliveries well away from the batters, but it seemed to be a part of his plans. He took 2 wickets at a crucial phase of the game and it decided to be the turning point towards the end of the game. It put a brake on New Zealand’s acceleration, and they wished they had 5 to 10 more runs on the board.

Trent Boult has taken 4 two-wicket and 2 three-wicket hauls since the T20 World Cup. He took the all-important wickets of Rohit and Suryakumar at Jaipur and put India on the backfoot.

Bhuvneshwar Kumar could not have bowled better. He jabbed one in and pierced through Daryl Mitchell’s defence in the powerplay and got the better of Tim Siefert at the death.

KL Rahul had a good start to his innings but failed to build upon the foundation. It, nonetheless, was a rare failure. India’s new vice-captain otherwise has incredible stats against New Zealand: he has scored as many as 257 runs at 43 in a mere 7 T20Is.

India are a different team against New Zealand outside the ICC flagship events. They edged past the Kiwis 0-5 in their own den in 2020 and completely dominated them at Jaipur. The match went down the wire, but New Zealand did not have any solutions for the most part of the chase. That being said, the toss will play a critical role and India lately haven’t performed well while batting first. 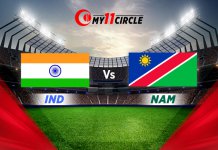