The team batting second has won 5 of 7 games at Sharjah this season. Batting, however, has been an uphill task despite the shorter boundaries. Anything above 150 would be a competitive total.

Andre Russell is likely to miss another match due to a grade two hamstring injury.

We have opted for a fantasy cricket team based on the recent performances, overall impact, and credit points

Prithvi Shaw’s form has further bolstered Delhi’s batting. His last two scores read 60 and 48, against Chennai and Bangalore respectively. To make things interesting, he averages a whopping 64 against Kolkata. In the India leg of the season, he smashed 82 off 41 against them.

Before the game against Bangalore, Sunil Narine had taken a mere 3 wickets in 4 matches. On Monday, he not only took 4 for 21 but also blasted 26 off 15 and changed the complexion of the game.

Avesh Khan likes feeding on the batters at Sharjah: he has two three-wicket hauls, against batting heavy sides such as Mumbai (3 for 15) and Kolkata (3 for 13). He is also the highest wicket-taker (23) for his side.

The knock of 26 of 30 against Bangalore proved that Venkatesh Iyer is a man for all occasions. He curbed his natural game and made sure he bats as long as possible, keeping the scoreboard ticking. The ever-improving all-rounder has scored 265 runs at 38 and taken 3 wickets in 8 games.

Anrich Nortje has not gone wicketless in the second half of the league, taking 10 wickets 10 in 7 games. On the other hand, Kagiso Rabada has not taken any wicket in the last 4 matches.

Shikhar Dhawan has not scored a half-century in the UAE this edition. However, he has laid a solid foundation in 4 of 7 matches. Overall, he has scored 551 runs at 39.

In his last 6 innings, Nitish Rana has only one score below 20. Otherwise, he hasn’t failed to build upon his starts. Against Delhi, he has three half-centuries in 9 matches. Although he has a great record against R Ashwin, he has struggled to dominate Axar Patel. It all depends on Delhi’s strategies against the southpaw.

Given the pitch report, both teams will look to bowl first. While Kolkata have won all five matches in a run chase, Delhi have lost one in the UAE leg. To put things into perspective, the team winning the toss will be ahead in the race. Make your fantasy teams wisely. 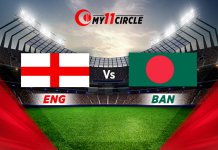 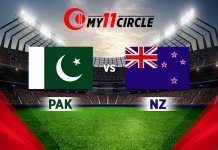 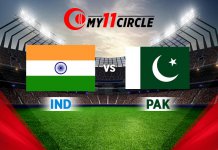