The average first and second innings scores at the Sydney Cricket Ground read 163 and 149 respectively this season. The highest score registered at the venue is 209 for 4, courtesy Chris Lynn’s blistering knock of 94 off 35 including 11 sixes. The pitch, however, reaps rewards for pacers who have off-cutters in their armoury. Batsmen find it difficult to clear the boundary line off slower deliveries, making spinners a threat as well.

Both teams have spectacular fast bowlers at their disposal: Haris Rauf has been a phenomenon with his raw pace, while Tom Curran has proved why variations are vital in the shortest format. More importantly, both will be pitted against top-class batsmen.

Marcus Stoinis has one duck and one single-digit score, and despite these two failures, he is at the top of the batting chart.

After his match-winning knock of 83* against the Strikers, Josh Philippe has four scores in single digits. He knows he is better than that, and on his day, he can give any good bowling unit a run for their money.

This is a top-of-the-table clash. The Stars have lost only once in 11 matches, while the Stars are comfortably placed at the second spot with 7 wins in as many matches.

In the previous contest, Marcus Stoinis smashed the highest score (147* off 79) of the league. The Sixers fell short by 44 runs in a massive chase of 219. Given the nature of the pitch, he might as well go bonkers yet again. 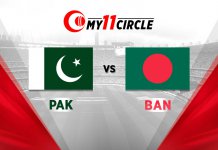 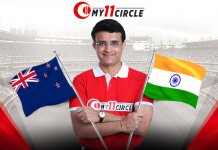