Ranji Trophy is the first-class domestic cricket you will see. The hype around it is so great that international level Indian cricketers participate in this tournament. On that note, Kerala roped in Robin Uthappa to lead the state team to victories. However, his poor performance has pushed this team way back on the rankings. So, the Kerala Cricket Association (KCA) has brought back their key player and former captain, Sachin Baby to steer the team in the Ranji Trophy.

Don’t go by the name. Sachin Baby powered the team through the quarterfinal and semifinal in the last two Ranji Trophy seasons. He was incredible as a captain for the team. His past performance vouches for it. A KCA source spoke to Times of India and reiterates the player’s passion for the game. The source said, “Sachin was terrific for Kerala as a captain in the last two season and the general belief is that we should stick with him as captain in the Ranji Trophy.”

Also, everyone on the board was not in favour of the Karnataka player, Robin Uthappa being the captain. Nonetheless, the top leaders went ahead with the decision. However, this stint was short. He failed to lead the Kerala cricket team past the group stage at the one – day and T20 tournaments. In addition, he scored a meager 112 runs from eight games in the Vijay Hazare Trophy. In the Syed Mushtaq Ali Trophy, he managed to score 139 runs. When Kerala went up against Vidarbha, Uthappa managed to score 60. This was the only time he scored above 50 for the state.

Looking at these scores, the KCA had a clear picture of who they what as the captain for the Kerala cricket team. Sachin Baby is just what the team needs to steer them to victory and may be bring home the trophy. 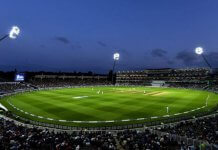 India vs Bangladesh: The Pink Ball To Debut At The Next Test Match