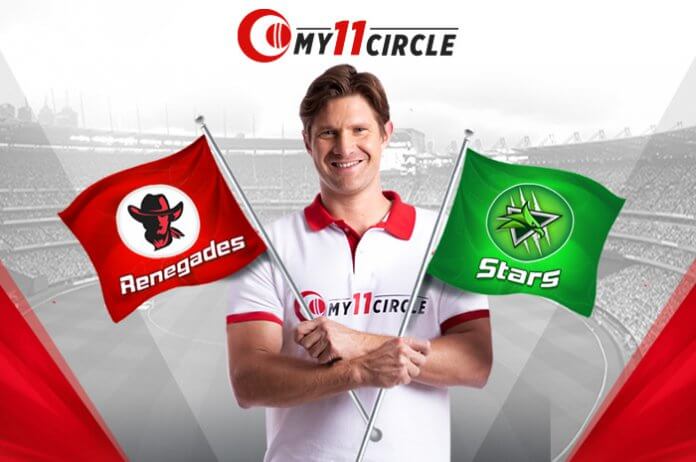 The pitch at Perth Stadium is an absolute belter for the batsmen. The average first and second innings scores read 183 and 161 respectively this season. The pacers too have had a good time, sniping up 30 of 40 wickets that fell at the venue.

In the previous contest, the Scorchers edged past the Heat by 40 runs, thanks to Fawad Ahmed’s three-wicket haul. He dismissed Chris Lynn early and then got the better of Ben Cutting at a critical phase of the match. Before Fawad took the centre stage, Bancroft had laid the foundation for victory with a resilient fifty.

With 4 wins in 7 matches, the Heat are at the third spot. The Scorchers meanwhile have been performing in bits and pieces, stuttering at the sixth position. On paper, the Heat have a more balanced team.

The Scorchers boast of a strong top-order. Josh Inglis and Liam Livingstone build a foundation with their aggressive brand of cricket. The duo has scored 358 runs with a strike rate of over 150. In addition, Livingstone has taken 2 wickets with his part-time yet accurate leg-spinners. If anything, such players are a delight in the world of fantasy cricket.

Mitchell Marsh leads the batting chart for the Scorchers. He has smashed 214 runs at 35.6 including a match-winning half-century.

Sandwiched between the openers and the captain is Cameron Bancroft, the man who holds the innings together. He has scored 146 runs including two fifties.

Chris Jordan, Fawad Ahmed, and Jhye Richardson have been the pick of the bowlers for the Scorchers, picking 23 wickets between them.

Chris Lynn has been Heat’s best batsman, hitting as many as 251 runs with an outrageous strike rate of 162. His highest scores read 94 and 88*.

Tom Banton and Matt Renshaw have had a few significant contributions as well. Both have accumulated runs at an average of 28.

Ben Cutting was the Player of the Match for his match-winning innings of 43* against the Hurricanes. He has had his moments with the ball as well, picking 5 wickets in 7 matches.

Ben Laughlin and Zahir Khan have been spectacular for the Heat. The duo not only takes wickets at crucial intervals but also keeps a lid on the runs. While Laughlin has bagged 9 wickets, Zahir has managed to trap 7 batsmen in his leg-spinners.