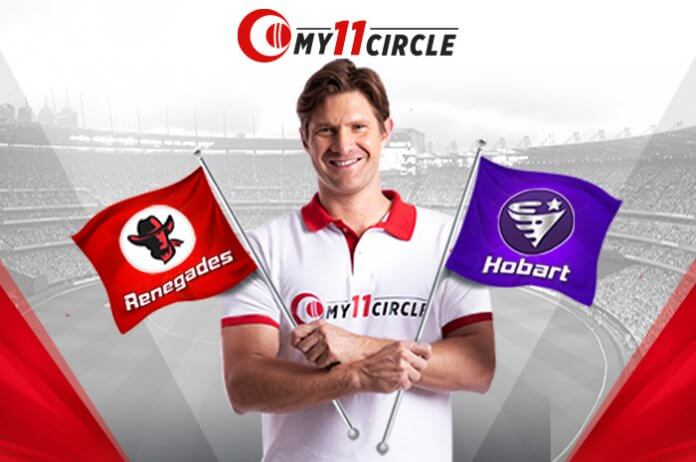 The average first and second innings scores at the Docklands Stadium read 159 and 154 respectively this season. The Renegades have lost all three matches here, twice while defending a 150-plus target. To put things into perspective, the pitch has something for everyone, creating an even contest between bat and ball.

Barring the match against the Scorchers, Scott Boland has been spot on with his line and length, be it with the new ball or at the death. He is the second-highest wicket-taker for the Hurricanes despite playing only 6 matches, that is, 5 fewer than the highest.

In 11 matches, Beau Webster has only three scores below 20. He has been stunning otherwise, scoring runs at an average of 51 and with a strike rate of 142.

Better late than never. Before his blistering knock of 90 runs against the Strikers, David Miller had accumulated only 91 runs in 10 matches. Although his efforts went in vain, it is good to see him find his lost mojo. His selection percentage will scale up for this contest.

The Renegades would have been higher up the table had Mohammad Nabi joined the team earlier. Ever since his arrival, they have won two of three matches. He has taken 2 wickets and has a highest score of 22 off 15 at the death.

After his 61 in his first match of the season, Matthew Wade has managed only 24 runs in 3 innings. He has been less effective when chasing a target. Fantasy players make him a power player when he bats first. Choose your team wisely.

The Hurricanes have lost four consecutive matches, while the Renegades have won only twice in 11 matches.

In the previous contest between these teams, Ben McDermott scored a fighting half-century and the Hurricanes chased down 148 with 5 balls to spare. Nathan Ellis finished with bowling figures of 3 for 15.

All in all, the Renegades’ team combination appear stronger with as many as 7 bowling options.