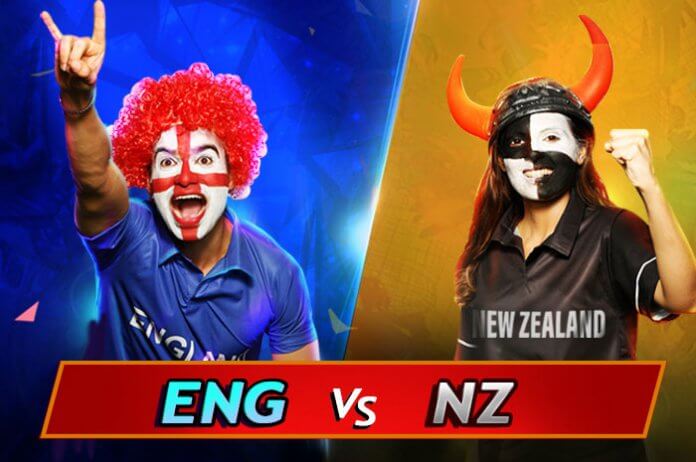 The last Test at Hamilton was a run fest and yet New Zealand won it by an innings and 52 runs. There were three centurions from Bangladesh and yet they could not accumulate New Zealand’s 715 runs. Given the way England batted in the first Test, we can expect something similar.

Some fans would banter as to how did England lose despite scoring more boundaries than New Zealand. The World Cup final reference will never grow old despite ICC scraping away the rule. For that matter, Trent Boult had joked that they should be fine as there are no Super Overs in Test cricket. Amidst all this fun, New Zealand played top-class cricket. They batted out of their skins and bowled England out twice. The talks of India touring New Zealand in February next year are in full force, that the fans cannot wait.

New Zealand have been unbeaten for 7 Test series and have lost only 3 of their last 31 Tests at home. It won’t be easy for India to ruffle New Zealand’s feathers.

Joe Root’s average has massively dropped ever since he took the onus of captaincy. To make matters worse, his side has not been up to the mark. Be it batting or bowling department, they have been ordinary. If you leave out Ben Stokes’ match-winning innings in The Ashes, they would have lost that series too.

Players to watch for

BJ Watling was the Player of the Series in Sri Lanka, and had it not been for his hundred in the second Test, New Zealand wouldn’t have drawn the series. He is an old-fashioned cricketer and thus does not attract much attention. His batting would bore you, but it helps New Zealand win matches. His 203 at Bay Oval will remain as one of the finest innings by a New Zealander.

If there’s one department New Zealand need to up their game in, it is their spin bowling. They have had both wrist- and finger-spinners since Daniel Vettori retired, but no one has been consistently effective. Mitchell Santner’s bowling average reads 38, but fortunately for New Zealand, he is greatly evolving into a fine batsman. It was his century down the order that put the final nail on England’s coffin. With the ball, he got the better of both English openers.

Both Rory Burns and Joe Denly had starts in both innings, but it was the same case in The Ashes. On the other hand, Ben Stokes continues to do what he does best. However, he cannot rescue England every time. It’s about time they play as a cohesive unit.

Ross Taylor has scored 908 runs including 5 centuries, while Tim Southee has taken 44 wickets at 21.4 at Seddon Park. Meanwhile, Kane Williamson has a double-hundred to his name at the venue.

Unfortunately, the series won’t be counted in the World Test Championship, for it was scheduled before the ICC announced the tournament. That being said, New Zealand look a far better side than England and might as well conclude the series 2-0.