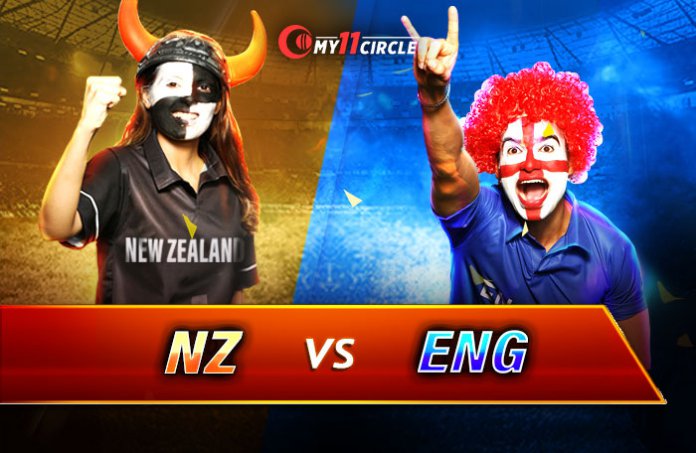 This will be the first T20I at the Hagley Oval since its entry into international cricket in 2014. Thus far, it has been a paradise for the batsmen, with six totals in excess of 300 runs and an individual highest score of 175 in ODIs. Expect a high-scoring thriller.

Colin Munro blasted an unbeaten 107* off 57 in the second warm-up T20 against England earlier this week, helping New Zealand XI chase down a massive target of 189 runs with 9 balls to spare. It does not come as a surprise that he ranks No. 3 in ICC T20I Rankings for batsmen.

England have Jonny Bairstow at the top. He scored an unbeaten 78 including 6 fours and 4 sixes in the first warm-up match. He has a decent T20I record, having amassed 513 runs with a strike rate of 130.2.

All eyes will be on Eoin Morgan, the World Cup-winning captain. His next aim will be to lift the World T20 next year in Australia.

The last time England and New Zealand locked horns was in the final of the World Cup 2019. We know the result and how the fans reacted to it.

Having said that, New Zealand’s record against England in the shortest format is disappointing, having lost 5 of 15 matches. England, at No. 2, are ahead in the race in the ICC Rankings as well.

Going by the numbers, England have the clear edge. However, England have rested their key players such as Jason Roy, Joe Root, Ben Stokes, Jofra Archer, and Chris Woakes, among others. This fact might as well give some respite for the home team.