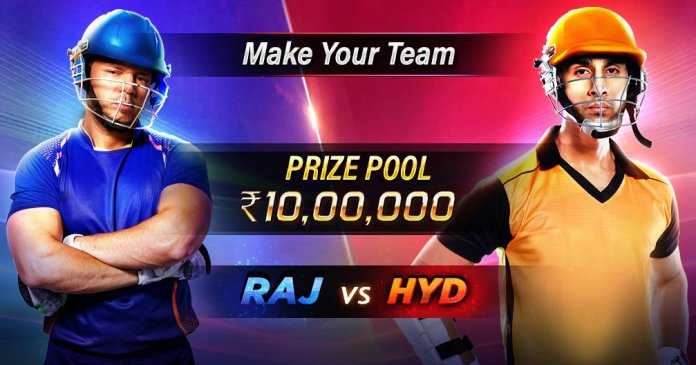 The average first and second innings scores, at Jaipur this season, read 164. The highest score registered here is 193 by Delhi, attaining it in a chase.

The pitch is a featherbed for the batters, so much so that two of the six hundreds smashed this season have come at the very venue. The extra pace and bounce here helps the batters manoeuvre the ball easily to the boundary line.

Jos Buttler, Jonny Bairstow, Ben Stokes, and Jofra Archer won’t play this season anymore, as the England Cricket Board had asked their players to return on or before April 26.

Note that you can, now, change your team after the toss. You can also check players’ performances in the last 5 matches. Tap on the players’ names to get the data while making your fantasy team. Make sure to be updated on latest promotions to win more.

Rajasthan’s last-over win over Kolkata saved them from languishing at the bottom of the table. They have a slightly better net run rate than Bangalore and are placed at the seventh position. Hyderabad, on the other hand, are three places above, with five wins in 10 matches.

Warner and Bairstow rubbished Samson’s hundred the last time these two teams locked horns. Sunrisers chased down 199 runs with an over to spare and 5 wickets in hand.

Warner now has scored five consecutive half-centuries this season. In all, he has a hundred and seven fifties to his name in 10 games. He is the only player who averages over 70 this season.

Rahane seems like a different person altogether ever since the team management took him off the helm. He followed his hundred against Delhi with a brisk-fire 34 in a massive chase against Kolkata.

Pandey finally proved his mettle. He was dropped after scoring a mere 54 runs in five innings. He was added again when Williamson’s shoulder injury flared. Given the overseas players will leave by next week, the local players need to be, if anything, in the peak of their forms. Pandey replied with a stellar innings of 83* against Chennai.

Among the emerging players is the 17-year-old Riyan Parag. He missed the milestone of becoming the youngest to score a fifty in IPL by 3 runs. Nonetheless, it was his innings against Kolkata that helped his team pull off an improbable win.

Shreyas Gopal continues to appear in the top 10 of the bowling chart. Given he took most of his wickets at Jaipur, he will be the bowler to watch out for.

For Hyderabad, Rashid and Sandeep have taken 10 wickets each in as many matches. Bhuvi, meanwhile, has been blowing hot and cold.