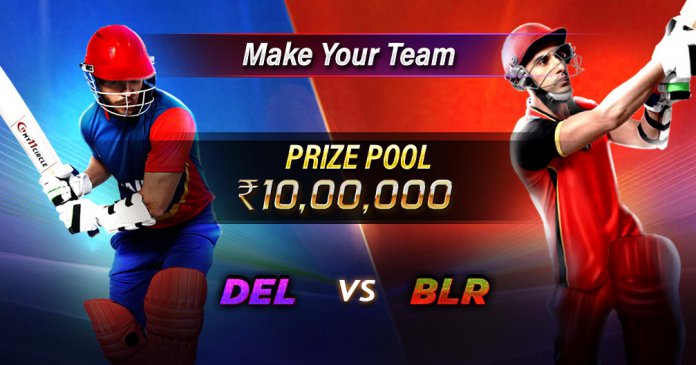 The average first and second innings scores, at Delhi this season, read 159 and 152 respectively. The dew factor forces captains to bowl first, and thrice in five matches, the decision to chase has paid off. However, Delhi have tasted success only twice at home.

The pitch has gotten better. Ricky Ponting, the head coach, had time and again been complaining about the conditions. The curators have eventually dished out a pitch that best suits their home team. Expect runs to come thick and fast on Sunday.

Note that you can, now, change your team after the toss. You can also check players’ performances in the last 5 matches. Tap on the players’ names to get the data while making your fantasy team. Know the point system well before you start.

If Bangalore win their remaining three matches, they will collect 14 points – the exact number of points Delhi have already attained in 11 matches. Delhi anyway have to win all their matches in order to avoid the eliminator.

Iyer starred in the previous contest between these two teams, scoring 67 in a chase of 150 runs. Rabada was awarded for Player of the Match award for his bowling figures of 4 for 28, including the all-important wickets of Kohli and ABD.

Wicketkeepers from both teams, Pant and Parthiv, have been brilliant this season. In 11 matches, Pant has smashed 336 runs at a stunning average of 37.3, while Parthiv has scored 10 runs fewer in as many matches.

There are best bowlers and then there is Rabada. He has sniped up 23 wickets – 6 more than the second-highest – in 11 matches at a superior average of 14.6. You give him any pitch and he finds a way to scale up his wicket column.

For Bangalore, Chahal has taken bulk of the wickets. That being said, he has managed only 1 wicket in the last three matches. And with Steyn gone back home to nurse his shoulder injury, the onus will be on the leg-spinner to keep the opposition batters under pressure.